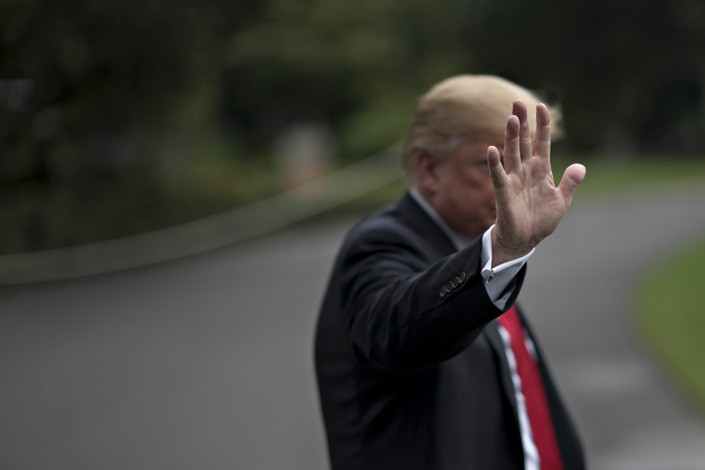 (Bloomberg) — The annual round of Asian summitry kicks off this week with one person notably absent: Donald Trump.

The U.S. president is staying at home, sending Vice President Mike Pence in his place. The snub means the world won’t pay as much attention to a set of summits that are usually more notable for what happens on the sidelines than in the meetings themselves. It does, however, give Chinese President Xi Jinping an opportunity to steal the spotlight.

The first set of meetings will be held in Singapore, with most of the action taking place from Tuesday to Thursday. Hosted annually by the 10-member Association of Southeast Asian Nations, the summits produce various communiques covering everything from territorial disputes and trade to women’s empowerment and wildlife trafficking. After Singapore, many of the same leaders will go to Papua New Guinea for the Asia-Pacific Economic Cooperation meeting. This event includes relatively more speeches, usually focused on the economy and trade, and also produces a lengthy document that tends to be ignored by the markets. Russian President Vladimir Putin, Indian Prime Minister Narendra Modi and South Korean President Moon Jae-in are among leaders attending the Asean meetings in Singapore. Xi will only head to Papua New Guinea for APEC.

2. How will Pence get treated?

Pence’s speech last month lambasting China has been seen by some in Beijing as a declaration for a new Cold War. That makes it unlikely he’ll be able to have substantive meetings with Chinese officials that would lead to a more successful outcome of Trump’s planned meeting with Xi at the Group of 20 summit in Argentina in the coming weeks. While it’s not unprecedented for a U.S. president to skip these summits, the optics are particularly bad with Trump. His “America First” rhetoric and persistent questions about the value of U.S. alliances in place since World War II has exacerbated concerns in the region over America’s long-term commitment in the face of a rising China. In a statement announcing his trip, the White House said Pence would “deliver the message that authoritarianism, aggression, and the disregard for other nations’ sovereignty by any nation in the Indo-Pacific will not be tolerated by the United States.”

3. What big announcements are coming?

One thing markets will be watching is for progress on a 16-nation Asia-Pacific trade pact backed by China. Known as the Regional Comprehensive Economic Partnership, or RCEP, the deal has been under negotiation since 2013. While China wanted it completed this year, opposition from India makes that unlikely. Beyond that, Singapore is keen to announce progress on a code of conduct between Asean and China in the South China Sea, home to several overlapping territorial claims. Negotiations have been taking place for more than a decade, and any agreement is unlikely to be legally binding.

4. What else could make headlines?

Ahead of the APEC meetings, Xi is set to meet with the heads of 14 independent Pacific island nations. China’s activities in the region have raised strategic concerns in nearby Australia, prompting Prime Minister Scott Morrison last week to pledge more infrastructure funds and naval deployments on what he called “ our patch.” Any comments that touch on sensitive human-rights issues, something that Asian countries typically like to leave off the agenda at these events. Particularly controversial topics include Myanmar’s treatment of Muslim minority Rohingya, which the United Nations likened to genocide, and China’s handling of Muslim minority Uighurs, including allegations that as many as 1 million are in reeducation camps.

5. Are any surprises possible?

Any interaction between Putin and Pence or U.S. National Security Adviser John Bolton, who met the Russian leader in Moscow last month, would be notable. Malaysian Prime Minister Mahathir Mohamad is expected to address the APEC CEO Summit in Papua New Guinea. The 93-year-old leader hasn’t been shy in taking on China, and also may comment on the ongoing investigation into 1MDB.