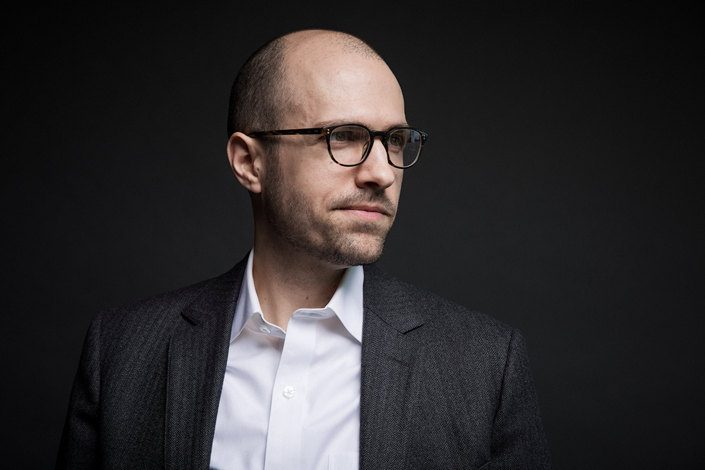 (Hong Kong) — The New York Times has embraced being a “subscription-first company” and is aiming to take full advantage of all platforms and storytelling methods in its journalism, New York Times Publisher A.G. Sulzberger told Caixin on Tuesday.

In an interview with Caixin in Hong Kong, Sulzberger explained the Times’ strategy and the status of the organization’s so-called digital transition, which began just under five years ago. The aim of the transition is to focus less on the daily physical edition of The New York Times and emphasize the digital edition, allowing the organization to experiment with different forms of storytelling and adapt to a readership that is increasingly relying on digital platforms for its news.

Now, most major news organizations in the West have paywalls that limit the amount of free content that can be accessed by unsubscribed readers, such as The Wall Street Journal, Bloomberg News, and the Financial Times. The Wall Street Journal was the first to implement a paywall for access to its digital content, in 1996.

While it took three years for the Times to acquire 1 million digital subscribers after the paywall was introduced in 2011, digital subscribers now number over 3 million out of 4 million total subscribers. Earlier this month, it was announced that the Times’ subscription revenue grew to $257.8 million in the third quarter, with revenue from digital-only subscriptions growing 18% to $101.2 million. In August, New York Times CEO Mark Thompson said that two-thirds of the company’s revenue came from subscriptions.

Though many see newspapers as a dying breed, Sulzberger is optimistic about the future of the Times and the newspaper business, a view bolstered by the impressive growth his paper has seen in recent years. Below is an excerpt of the interview.

Caixin: Caixin is the first Chinese media to have launched a paywall. The New York Times has done very well with its paywall — in the third quarter, the Times added 200,000 digital-only subscribers. How did the Times achieve that, and what’s the secret for engaging readers?

Sulzberger: I think the secret is deceptively simple. For us, the secret is: Make journalism that’s worth paying for. I think the success of every paywall comes down to whether you’re offering great journalism that you can’t get anywhere else. So at the Times, especially as we’ve embraced our digital transition, I think we’ve been really investing in investigative reporting, in visual journalism, in beat reporting, in international reporting, and I really do think that our work on the big stories of the moment — Trump, global populism, technology including Facebook and Google, climate change — I really do think that’s behind most of the growth.

It also reflects our maturation as a digital company. I think we’re three years into declaring that we are a subscription-first company and our intention is to shift the focus from advertising to subscriptions, and I think that has made a difference. I think it’s not our secret; Netflix and Spotify and other subscription services online have trained a generation of people to reach into their wallet and pay for services online. I think that has had an impact as well.

Have there been any changes on the editorial side, such as asking reporters to change their style or topics to fit into the paywall strategy?

I think that the editorial independence of the newsroom is the thing that’s the most important. We do look at analytics and our readers and their wants and needs, but we also think that one of the reasons our readers come to us is for our editorial judgment. They come to us because it’s almost like they’re coming to us with a question: “What do you think I need to know?”

But on the flip side, we are changing how we write a bit, we are trying to become more informal and familiar — not familiar, but certainly more informal. We’re trying to embrace the first-person (narrative) a bit, trying to show our work, because we believe part of our challenge right now is to show that journalism doesn’t just exist, it comes from something, it comes from being on the ground, it comes from asking people tough questions and double-checking their answers, and I think the more we show that work, the more people understand the value that journalism can have.

Do you think that the changing format of communication has led to a change in writing style?

I think our job is to seek the truth, to hold power to account, and to help people understand the world. It’s that simple. Seeking the truth doesn’t change with format. Holding power to account doesn’t change with generations. But helping people understand? Our goal is not 1,100-word, inverted-pyramid-style articles; our goal is understanding. And as The New York Times changes, one of the things we’ve realized is that sometimes understanding requires us to change how we’re communicating. First person is part of that, but so is visual journalism. So is explanatory graphics. So are podcasts. So if you want to tell a story that you feel has unique emotional power, sometimes a podcast is the best way to do it. And that’s just one of the many questions we’re asking ourselves as we transform as a company.

New York Times CEO Mark Thompson said this year that the Times will have a print product for the next 10 years. Is there a long-term goal or plan for becoming print-less?

I agree with Mark, I think that print has a long life ahead of it, for us at least, because we have a million loyal subscribers with print who are paying about $1,000 per year for a subscription. Print is very profitable for us, it continues to be profitable, we have a lot of people who love it, and we’ll continue to serve those folks as long as it makes economic sense to do so. But we’re really clear that our future is as a digital company, and what print is doing is helping us buy the time to make our digital business and our digital readership as strong and as healthy as it can possibly be, so it can help us carry the weight of funding our journalistic ambitions, of fueling the company’s growth.

My guess is that (the print version will last) longer than 10 years. We’ve done all sorts of economic modeling based on various possible rates of decline, and even in the most pessimistic, it’s got a lot of life ahead of it. And in the most optimistic, we’re talking decades and decades of the print newspaper.

What kind of reporting formats will become mainstream for the future?