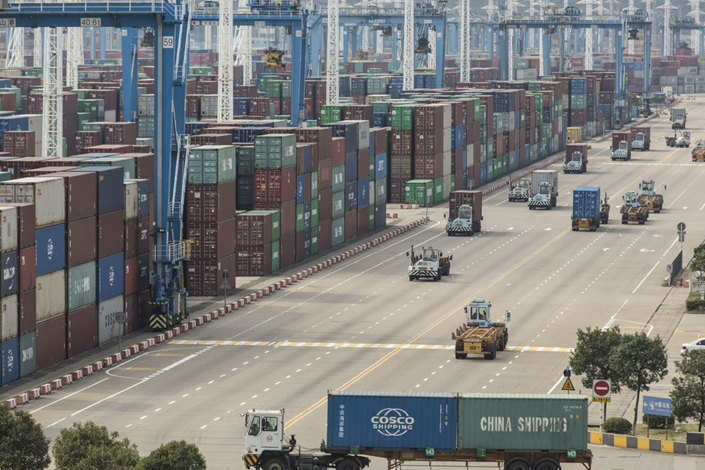 (Bloomberg) — The U.S. and China have resumed contact “at all levels” over trade ahead of a planned meeting between President Donald Trump and China’s Xi Jinping, White House economic adviser Larry Kudlow said.

There’s no certainty that China will cede to U.S. demands in trade negotiations, but “it’s better to talk than to not talk,” Kudlow said in an interview on CNBC Tuesday. A top Chinese negotiator, Vice Premier Liu He, will probably visit Washington shortly to advance “some informal talks,” Commerce Secretary Wilbur Ross said at a conference.

“We are talking to them again,” Kudlow said. “We’re having communications at all levels of the U.S. and Chinese government” to prepare for the Group of 20 leaders’ summit in Argentina, taking place from Nov. 30 to Dec. 1. Kudlow added that he won’t make a prediction on the outcome of discussions.

Treasury Secretary Steven Mnuchin and Liu spoke by phone on Friday, according to people briefed on the matter, who asked not to be named due to the sensitivity of the topic. The conversation didn’t yield any concrete results, the people said.

The phone discussion followed a call between Trump and Xi two weeks ago — the first publicly disclosed call in six months.

U.S. stocks struggled to hold early gains on Tuesday after oil prices slumped, just as hopes were rising for progress in the American-China trade dispute.

Trump is also seeking to shrink his nation’s trade deficit with allies including Germany and Japan. His administration will hold off for now on imposing new tariffs on automobile imports as top officials weigh revisions to a report on the national security implications, according to two people familiar with the matter.

Talks between China and the U.S. have made little progress since May, when Trump halted a deal that would have seen China buy more energy and agricultural goods to narrow the trade deficit. In Beijing, Trump’s move was seen as an insult to Xi, who sent Liu to Washington for the negotiations, and cemented a view that Trump’s real goal was to thwart China’s rise.

“We are willing to negotiate with the U.S.,” Chinese Premier Li Keqiang said at an event Tuesday in Singapore, adding that the talks should be carried out on the basis of mutual respect and good faith. He said he was confident China and the U.S. have the wisdom to “be able to find a solution that is acceptable to both sides.”

While Li acknowledged that China and the U.S. had disputes in areas other than trade, he said those disagreements could also be contained with dialogue. “As long as we respect each other’s core interests and major concerns, we will be able to contain and resolve the disputes,” Li said.

China’s Ministry of Foreign Affairs didn’t respond to a faxed request for comment on the call between Mnuchin and Liu.

The two nations have levied several rounds of tariffs on each others’ goods, and tariffs on $200 billion of Chinese imports are due to rise to 25% in January in the absence of a breakthrough in negotiations.

In a speech to a Washington think-tank on Friday, Peter Navarro — a White House trade adviser who is one of the most outspoken China hawks in the administration — warned “Wall Street” bankers not to get involved in shuttle diplomacy with Beijing. In a thinly-veiled broadside at Mnuchin and other advocates of a negotiated solution, he also said no one but Trump or Robert Lighthizer, the U.S. trade representative, should be negotiating with Beijing.

Kudlow said on Tuesday that Navarro wasn’t speaking on behalf of Trump and he wasn’t authorized by the White House to make those remarks.

The Trump administration has said that it wanted a substantive response to a long list of demands for what it calls “structural” changes in Chinese industrial policy. Trump has rejected deals negotiated by aides such as Mnuchin and Ross that were focused on increasing purchases rather than substantive reforms.