Editorial: Use Lessons From Cultural Revolution to Right Wrongs Against Business 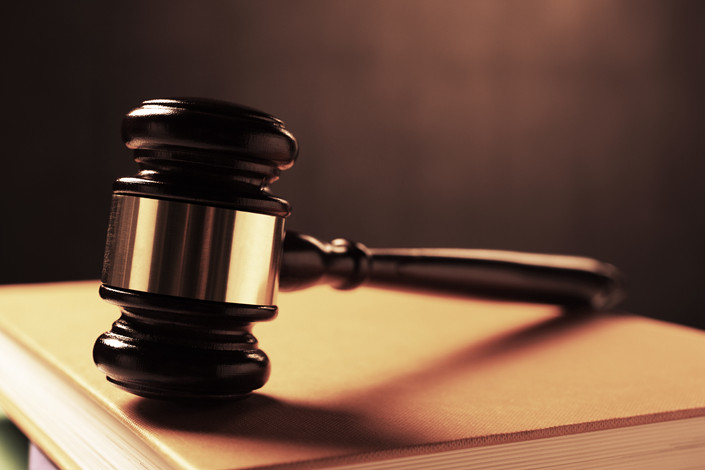 Actions to support private enterprises are being promoted by the Chinese government from the top down, and are gaining a lot of momentum.

Among them, the redressing of past wrongful legal judgments against companies is attracting significant attention. The head of China’s judicial department has also recently expressed a positive attitude toward this measure, but there is still some lag before it will be implemented. In November 2016, the Central Committee of the Communist Party of China and the State Council jointly issued an opinion document that clearly called for the prompt identification and rectification of certain property disputes that had prompted strong reactions from the public. But far fewer actions than expected have been taken to achieve this over the past two years. Much more work is required before China can fundamentally stabilize entrepreneurs’ expectations. Redressing past miscarriages of justice may be the most popular and fastest way to do this.

Obviously, there are great obstacles to identifying and correcting injustices committed against enterprises. However, this is by no means a reason to hesitate. The current stalemate brings to mind the much more difficult task of redressing injustice that China faced around 1978. If today’s relevant departments can muster the same courage and wisdom to bring order out of chaos that their predecessors had, and have the same resolve to rehabilitate the wronged, the process of making amends to wronged enterprises will not be as slow as it is currently. On the 40th anniversary of reform and opening-up, we believe that it is crucial for China to regain the spirit of distinguished past reformers, and open up a new phase of correcting injustices against enterprises.

The progress of this work will not be smooth, and the reason for this is thought-provoking. Top leaders have repeatedly stressed that mistakes must be corrected, which means that once a case of injustice is discovered, it must be resolutely corrected. This is in line with the late pro-reform leader Hu Yaobang’s famous idea of the two “regardlesses” — the principle that “all false words, incorrect conclusions, and wrongful treatment of matters must be corrected through seeking truth from facts, regardless of the level of organization or leadership that approved the decision.” It is also in line with Deng Xiaoping’s demand that “language should be clear; vague words will not do, and cannot solve problems. Work must be done quickly, without delay.” We advocate correcting cases of injustice against enterprises with the spirit of “bringing order out of chaos.” This is not to say that China is now facing the kind of chaos it did in the aftermath of the Cultural Revolution, when Hu and other leaders at the time coined this term. But rather, it is a reminder of the principles of “seeking truth from facts” and swift decisiveness. What’s more, in many parts of China, including Chongqing, injustices against enterprises have indeed reached a shocking level.

Some wrong ideas are still able to find a wide audience. Some departments believe that cases involving the property rights of enterprises are very complicated, and that it is difficult to rehabilitate wronged companies. They believe that returning seized assets is especially troublesome. The belief is that you might as well wait and test the winds of higher-level government and delay for as long as you can. Some officials believe that it is better to “look forward” than to redress old cases that have no real impact on today’s private enterprises.

These arguments are actually justifying past mistakes and show a failure to understand the central government’s deeper intentions. In some places, there is large-scale infringement of enterprises’ rights and persecution of entrepreneurs, but redress for these cases has been conducted surreptitiously for fear of spoiling the locality’s “image.” Actually, enterprises will be reassured only if local governments honestly face cases and promptly identify and correct injustices, while allowing the public to see their determination and concrete action. Judicial and government credibility also need to be established bit by bit through this process.

In fact, correcting injustices against enterprises in a timely manner is also one of the proper meanings of the call to improve on the anti-corruption achievement results achieved since the 18th Party Congress. Many cases involve officials or enterprises using their power to take revenge against other companies. The anti-corruption campaign has created an atmosphere where officials “don’t dare to be corrupt,” “cannot be corrupt,” and “don’t want to be corrupt.” However, even if the corrupt people who have encroached on enterprises are arrested, the enterprises or entrepreneurs who have been wrongfully treated still have been dragged down, and justice hasn’t been fully restored.

The process of correcting injustice will inevitably face major obstacles. It will have to fight against the “community of interests” that created and continues to defend old cases. New and old officials may join forces to settle old accounts, becoming the biggest obstacles. Therefore, in order to redress injustices against enterprises, China needs a corresponding mechanism to remove obstacles.

First, China’s highest judicial organ should take a more-active responsibility. In 2016, the Supreme People’s Court established a working group to focus on correcting and redressing miscarriages of justice involving entrepreneurs’ property rights. In December 2017, the Supreme People’s Court announced the retrials of the cases involving Zhang Wenzhong, Gu Chujun and Jiangsu Muyang Group. Zhang Wenzhong was offered redress in May, and the case was regarded as the first to identify and correct the infringement of corporate property rights. However, there is still much room for improvement in this area in terms of the number and strength of cases. For some major cases, the Supreme Court should intervene more actively, respond to public concerns, and at the same time strengthen supervision and accountability for corrective work by local courts.

Secondly, to protect enterprises and entrepreneurs from illegal harm, in the final analysis, China must rely on system construction, continuously deepening judicial reform, and ensuring that judicial power is exercised independently according to law, without interference from party and government officials. Local governments should consider cross-region case handling or using specially designated courts for cases involving companies that are sensitive or that involve local officials, because many of those who create these injustices are in fact local government officials.

Third, we must resolutely put an end to the criminalization of civil issues, to the intervention of criminal law enforcement in economic disputes, and to the arbitrary confusion between entrepreneurs’ personal behavior and corporate behavior. A clean and upright local political and economic ecosystem is the social infrastructure that protects enterprises and entrepreneurs. As the last line of defense, the judiciary must assume due responsibility. The procuratorial organs should also issue relevant regulations as soon as possible to stop the practice of seizing corporate property on the pretext of punishing illegal acts by entrepreneurs.

In order to enhance enterprises’ security, China’s courts must correct more of these symbolic cases of injustice. However, this will not be typical publicity work — it will be the daily duty of the judiciary to maintain basic social justice in order to prevent some departments and local governments from simply going through the motions. The vulgar, opportunistic mentality of “taking advantage of enterprises when the economic situation is good and using enterprises when the economy faces downward pressure” must be abandoned.