In Depth: Alipay and WeChat May Have Grown Too Big to Fail 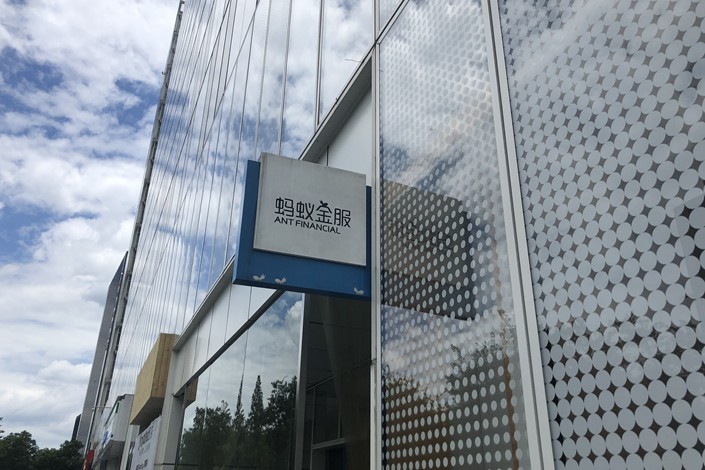 Alipay and WeChat Pay, China’s two online-payment behemoths, have more users than any of the country’s biggest banks.

That’s been great for business, but it has also now put them on the radar of financial regulators looking to create a list of the institutions so big and so connected that they could pose a threat to the country’s financial system, Caixin has learned from multiple sources close to the authorities.

The inclusion of the platforms’ respective operators on a list of systemically important financial institutions is good news for anyone with an interest in maintaining the stability of China’s financial system. It’s not great news, however, for Alipay’s and WeChat Pay’s owners.

The regulatory list will consist of more than 20 firms, possibly including Ant Financial Services Group and Tenpay Payment Technology Co. Ltd., the companies that run the Alipay and WeChat Pay payment services respectively, the sources said.

Financial regulators will share data and information associated with these firms, and regularly conduct risk assessments and stress tests on their overall operations or specific businesses, the report said. Based on the test results, watchdogs will impose additional requirements or take regulatory measures.

By judging their user bases and influence, Ant Financial and Tenpay have become nontraditional financial firms of systemic importance. The former is an affiliate of Jack Ma’s e-commerce giant, Alibaba Group Holding Ltd., while the latter is the payment subsidiary of Pony Ma’s internet titan, Tencent Holdings Ltd.

In contrast, each of the “Big Four” state-owned commercial lenders serves less than 600 million personal customers.

Alipay and Tenpay dominate China’s mobile payment market, making them de facto parts of financial infrastructure. In the first half of 2018, transactions made through mobile payment by third-party payment firms in the country rose 90% year-on-year to nearly 80 trillion yuan ($11.5 trillion), with the two together controlling more than 90% of the market, according to (link in Chinese) China-based data analysis firm Analysys.

Apart from rapid expansion in the payment sector, they’ve also extended their reach into other businesses such as wealth management. For instance, Ant Financial now runs the world’s largest money market fund, which manages nearly 2 trillion yuan of assets.

The key to defining a systemically important institution is the complexity of its relations with other parts of the financial system and its risk transfer, a regulatory source close to the central bank told Caixin. However, it requires some tinkering to figure out how to effectively regulate Ant Financial and Tenpay without curbing their innovation, the person said.

Beside nontraditional financial firms, traditional ones are likely to make up the majority of the regulatory list. The central bank has assessed more than 50 banks, insurers and brokerages to determine which should be considered systemically important, the sources close to the regulator told Caixin.

“It’s estimated that there will be four insurance companies selected, plus more than a dozen banks,” an industry source said.

As of the end of June, six state-owned commercial banks and 12 joint-stock commercial banks accounted for more than half of the assets owned by China’s financial industry, according to calculations by rating agency Moody’s based on government data. Meanwhile, insurance companies constituted 6.2%.

In recent years, China’s leadership has made coordinated regulation of systemically important financial institutions a key task, along with the regulation of financial holding companies. In December, the central bank started a pilot program to test new rules for financial holding companies, aiming to strengthen scrutiny over the freewheeling sector. One of the five companies involved in the program is Ant Financial.

As there will be some overlap between the two types of firms, top policymakers have decided that the central bank is in charge of supervision on financial holding companies, particularly the parent companies, while the other two top financial regulators — the China Banking and Insurance Regulatory Commission and the China Securities Regulatory Commission — are in charge of micro supervision on systemically important institutions, people with knowledge of the matter told Caixin. In addition, the central bank is responsible for conducting macroprudential regulation on systemically important institutions, and formulating related supervision policy, they said.

‘Too big to fail’

Regulators across the globe started to bring large financial firms under tighter supervision after the 2008 financial crisis, in a bid to better deal with the “too big to fail” problem.

In 2011, the Financial Stability Board (FSB), an international body that monitors the global financial system, along with the Basel Committee on Banking Supervision, a global standard setter for the prudential regulation of banks, identified an initial group of 29 globally systemically important banks. The FSB also identified an initial list of nine globally systemically important insurers in 2013. Each list has been updated annually.

There are few benefits of being a globally systemically important financial institution, because it faces tougher regulatory requirements but doesn’t enjoy advantages in financing or business development, a banker told Caixin. The only benefit may be that the firm can have a better public image, which makes it easier to expand in overseas markets and gain recognition from foreign regulators, he said.