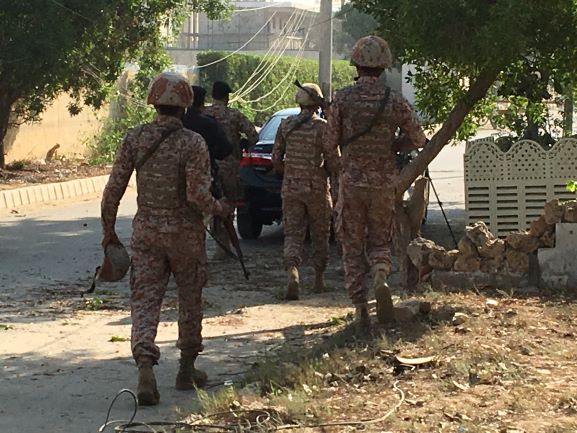 Two police officers and one attacker were killed by gunfire at the Chinese consulate in Karachi, Pakistan, Al Jazeera reported.

The attacker is part of Pakistani separatist group Baloch Liberation Army (BLA), which was responsible for the attack, according to group spokesman Jihand Baloch, speaking with Al Jazeera.

Three BLA gunmen shot at the consulate as part of the attack. They also drove a vehicle filled with explosives, but were unable to drive into the consulate compound in it, Karachi police told Reuters. The attack is now over, according to Dawn, Pakistan's largest English newspaper.