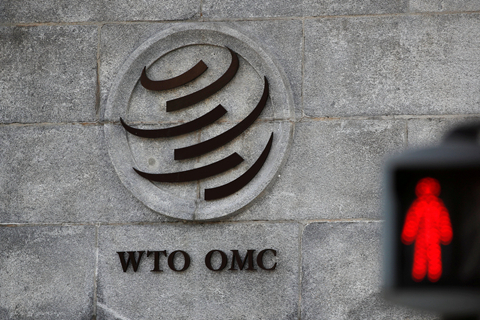 China and most of the world’s biggest economies outside the U.S. submitted a proposal to reform the World Trade Organization’s dispute settlement mechanism in response to criticism and threats by President Donald Trump.

The WTO members making the proposal include China, the European Union, Canada, India, Norway and Australia. They submitted the plan to the WTO last week, China’s Ministry of Commerce said Monday. The members intend to issue a joint statement on the proposal Dec. 12 at the WTO's General Council meeting.

The WTO has struggled to move forward with a major reform after Trump blocked appointments of judges to the WTO appellate body and threatened a U.S. withdrawal.

“China hopes to actively discuss the issue with WTO members and promote the process as soon as possible to guarantee the normal operations of the dispute settlement and safeguard the multilateral trading system,” the commerce ministry said.