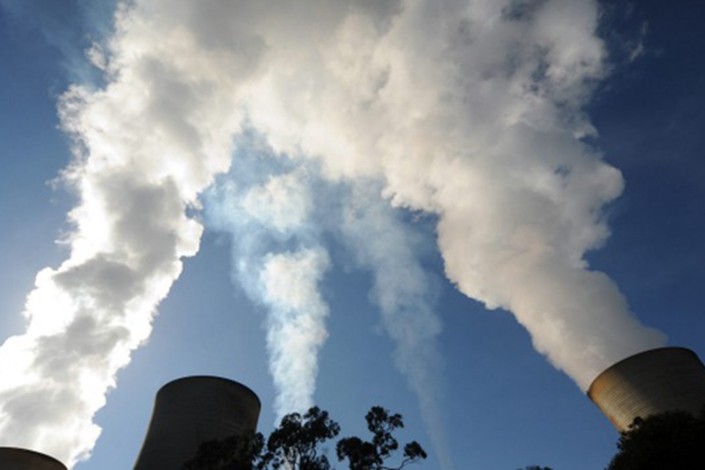 China Stone is an ambitious project made up of a mine with an annual production capacity of 38 million tons of thermal coal and a proposed 1,050 MW coal-fired power plant. Photo: Bloomberg

Australia’s massively well-managed anti-coal lobby need not get too agitated yet by formal approval offered for the potentially massive China Stone coal project on the northern fringes of the Galilee Basin.

Because, as welcome as it is, the endorsement offered by the Queensland Coordinator-General for the A$7 billion ($5.13 billion) export coal project lands with an encyclopedia of conditions, and several of them look like potent coal mine killers.

China Stone is an ambitious project that would be transformative for the Galilee, Queensland’s controversial new coal horizon that is currently most actively populated by Adani and its Carmichael project.

And that is because, under the plan presented to the Coordinator-General, China Stone would also play host to Australia’s first super-critical thermal power station, a three-unit affair that would be capable of producing 1,050 megawatts (MW) of electricity.

China Stone is owned through an Australian entity called Macmines Austasia Pty. Ltd. that is, in turn, owned by Shanxi Meijin Energy Co. Ltd., an integrated coal-to-steel business owned by reputedly the richest family in Shanxi Province, the Yao dynasty.

Those active in Queensland coal assess the Yao family and their project as the real deal and reckon fulfillment is maybe three or four years behind Adani’s Carmichael project, which sits about 80 kilometers to the north.

But the Coordinator-General’s approval will likely test the resilience of the project. Mind you, there is a delightful corner of the Macmines website called “Related Ideas.” It is what that headline implies, a collection of eight thoughts. The first of them is: “Quality idea: Giving up on ideas equal to giving up life.” So we are guessing they will persist.

Anyway, back to Friday’s news flow.

The final draft EIS outlines a plan to get construction underway by 2016, to complete the build by 2021, to deliver first production by 2019. This was patently optimistic given that the draft was not presented for final review until March 8, which was just 24 hours before “new project declaration” was due to lapse.

This disconnection between the stated plan and the real-time calendar is explained by time China Stone has taken to wend its way through this primary gateway of Queensland project approval.

The project was originally gazetted in October 2012 and the first draft EIS was delivered to public consultation in September 2015. That submission earned a request for more information from the Coordinator-General in November 2015 and, three extensions on the deadline for final documentation later, Macmines delivered.

In that draft EIS two proposals — one structural and one operational — were ring-fenced as being critical to financial feasibility. The structural untouchable was the plan to be electricity self-sufficient and the operational was the need to leave two large, unfilled voids when, after 30 years of mining, the open cut resources are finally exhausted.

The Coordinator-General has offered faceted and informed rejection of both those options.

Macmines has been told to think again its power options and that it will need to, at very least, partially fill in those two final pits.

So, we needed not worry excessively yet about the effect China Stone might have on the Short-beaked echidna, the Squatter pigeon, the Australian painted snipe and populations of the endangered Black Throated Finch, or about how project managers might deal with their traditional owners. Because, in offering approval of the project on the basis of its economic contribution and the manageability of its environmental impacts, the Coordinator-General has asked Macmines to fundamentally redraft the China Stone investment case.

In introducing its plan to install three, 350 MW units at the mine, Macmines observed that a range of alternative power options had been considered. Among those options was the construction of a high-voltage transmission line that would connect the mine to the grid.

“This option was not preferred due to the considerably higher operating and power purchase costs over the 50-year mine life, the long lead time for a connection and potential transmission loss due to the long distances involved,” the EIS noted.

“The low-cost power supply provided by an on-site power station is fundamental to the economic feasibility of the project. It also results in higher resource utilization and greater security for power supply,” it concluded.

The Coordination-General found itself skeptical of the need for a quantum of power that Macmines planned to install and, given the state’s emission reduction target, concluded the case for the power station was “not demonstrated.”

The regulator’s skepticism was informed by the answer to question asked back in November 2015. Macmines was asked to offer assessment of the proposed project’s peak power demand. The forecast came in at 388 MW. But the proposed plant capacity was to be 1,050 MW and, what’s more, the proponent had confirmed that supply to external customers was “not currently proposed.”

Macmines argued that the three units were justified but the happenstance of peak supply and the need for supply latency in the name of energy security.

The math there is that the super-critical generators that Macmines would source from China are built in 350 MW units. So it needs two to meet forecast peak demand and it needs a third as security for the two that would routinely deliver to that demand.

But the regulator is having none of that. Friday’s approval is conditional on a recalibration of the power plan through an options assessment study that fully accounts for the cost and viability of alternative generation.

“As renewables have a shorter lead time and there is potential for battery storage, I consider that it is credible for the proponent to look at these options,” the Coordinator-General said.

The Coordinator-General also wants to see a plan that demonstrates how “continuous improvement in greenhouse gas intensity could be achieved”. That plan will need to outline how the proposed power station has been prepared for connection to carbon capture and storage capability. And it will need to “demonstrate that new and emerging technologies have been considered such as ultra-supercritical coal-fired technologies, or Integrated Gasification Combined Cycle technologies”.

The other big issue here is just how Minmines would rehabilitate the mine. The operator plans to backfill as it goes along. But the EIS says that the final two pit extensions would not be full as the “financial cost of moving the overburden back into the open-cut mine pits could render the project economically unviable.”

This final piece of the rehab puzzle — the pits and the remaining overburden stacks — amounts to about 30% of the project area and Macmines assess this land would be permanently lost for grazing purposes.

So Macmines will be required to backfill the final two voids to a point that matches the pre-mining groundwater levels and to provide fulsome assessment of the cost of fully backfilling the things.

“Further, while I recognize there is a financial cost to the proponent of backfilling the open-cut mine pits with the removed overburden, there would be environmental, economic and social benefits by returning all of the disturbed land within the project area to its pre-mining land use, for example, cattle grazing or similar,” the regulator assessed.

For now at least, then, it is back to the drawing board for Macmines and the Yao family.

The story was originally published in The Australian Financial Review.