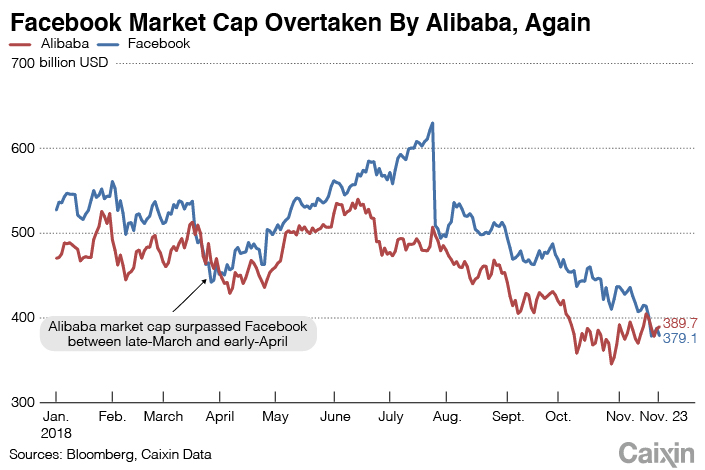 Whenever Facebook has a public relations crisis, its market cap dips below Alibaba's.

At least that’s how it’s happened, twice this year. The American social media empire’s troubles pulled down its market cap below that of Alibaba’s, for two days last week.

Facebook has been defending itself over alleged misuse of user data and the spread of misinformation on its platforms ever since the 2016 U.S. elections. But its shares tumbled further last week following a New York Times report about the company hiring a lobbying firm to push negative stories about its critics.

It’s Facebook’s second such round of depreciation this year. Between late March and early April, its market cap was also overtaken by Alibaba after Facebook founder Mark Zuckerberg publicly addressed reports that it had misused user data.