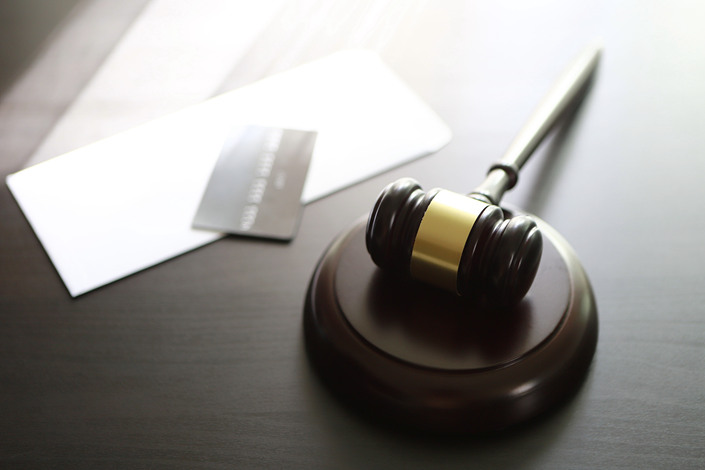 Legislation has become an urgent need for the financial market. Improving the market system, preventing and containing financial risks, and reforming regulatory bodies all depend on legislation. It is within this context that speakers at the recent Caixin Summit proposed the idea that “financial laws are more important than financial regulations.” This message has resonated with many people.

In the early years of reform and opening-up, due to historical conditions and lack of experience, departmental and local regulations provided the necessary conditions to cast off the shackles of the existing system and reduce financial repression. But today, the market economy system is already relatively robust, and building a country governed by rule of law has already become an important national task. The abuses of governance based on regulations (a lower level of Chinese law compared to actual laws) are becoming clearer each day, and not only is it unable to adapt to the needs of financial development and reform, it is also gradually becoming an obstacle to the implementation of national rule-of-law policy in the financial sphere.

Currently, the National People’s Congress and its standing committee have enacted a total of 10 different sets of financial law, and more than 4,000 sets of rules and regulations — an enormous amount. These no doubt contain some redundancies and even contradictions. Gaining a thorough grasp of these regulations alone counts as a massive business cost for the financial market. At the turn of the century, in order to meet the conditions for joining the World Trade Organization, China formulated, amended and repealed over 5,000 departmental and local regulations. The level of rule-of-law in China was visibly lifted. Today, based on the general requirement to build a country under rule of law, in order to promote financial development and open up new space for reform, China should clean up financial regulations while enacting financial laws.

Many years of practice have shown that the model of separate supervision for different financial industries creates more contradiction between rules, and even makes it difficult to reach a consensus on certain basic concepts. The departments are intertwined, and overreach of supervision as well as underreach exist at the same time. Regulatory arbitrage has become the norm. Because the various departments are eager to fight for authority but reluctant to shoulder responsibility, investors whose interests have been hurt often have no way to lodge a complaint, and the repeated tragic lessons seldom get translated into relevant legislation. Overreliance on department regulations and official “red-letterhead documents” is also further entrenching departments’ interests, whether deliberately or inadvertently. The other immediate effect of departmentalizing regulations is impulsive decision-making by leaders. Corruption naturally thrives when officials have the power to set and enforce policy but lack external supervision. The fall of financial institution leaders like Xiang Junbo and Yao Gang should be treated as warning signs.

Legislation can solve the fundamental problem of coordination between departments while providing clear direction to judicial and enforcement organs. Only legislation will be able to clarify and demarcate the relations between and rights held by central and local governments, as well as by various government departments. One of the biggest tasks of financial legislation currently is amending and tightening those laws that are clearly at odds with reform.

Attention should be paid to methodology when setting and revising legislation. Legislation doesn’t mean ignoring departments’ claims — it’s in fact the expression and the result of interplay between various departments’ demands. It’s only necessary to avoid letting interests determine legislation. Openness is the only option: Legislators should let the public witness the legislative process, and should ensure the equal participation of all stakeholders, especially the most vulnerable groups. This principle can be tested through the impending revision of the Securities Law. A group of small and midsize investors have been victims, known as “chives,” for years due to enterprises’ illegal enterprises, but penalties have failed to hurt enterprises, let alone protect the right to information, the right to participate, and compensation rights and interests. If the legislature does not listen carefully to the voices of these vulnerable groups, they will be unable to achieve justice.

While setting and amending legislation, department regulations and directives that go against the direction of reform should also be cleared. In 2017, the General Office of the State Council released the Notice on Further Improving Regulations and Directives Related to the Reform of Streamlining Administration and Delegating Power, Strengthening Regulation and Improving Service. Afterward, the various departments each took action, but the cleanup was focused on serving that particular reform goal.

In order to prevent risks and increase opening-up in the financial sector, it’s also important to pay attention to the rule of law. Preventing and mitigating major financial risk has been designated a “major battle.” The prevalence of official documents that are inconsistent with the rule of law is itself an important source of financial risk. Additionally, financial opening has picked up speed, and the decision-making level has set the tone of “sooner rather than later.” A recent series of measures not only signals that market access will be greatly expanded, but also that restrictions on the scope of business operations will gradually be lifted. These measures will undoubtedly increase the need for the rule of law in finance.

Major reforms must have their basis in the law. Setting legal precedents should not only become an important breakthrough window for governing finance, it can also provide new momentum for financial reform. Unlike the partial breakthroughs achieved by department regulations, law-based governance aims for the reshaping and reform of the entire system. Goals ranging from preventing systematic risks to promoting financial innovation, or safeguarding financial market participants — especially smaller investors and consumers — can be achieved through the rule of law.