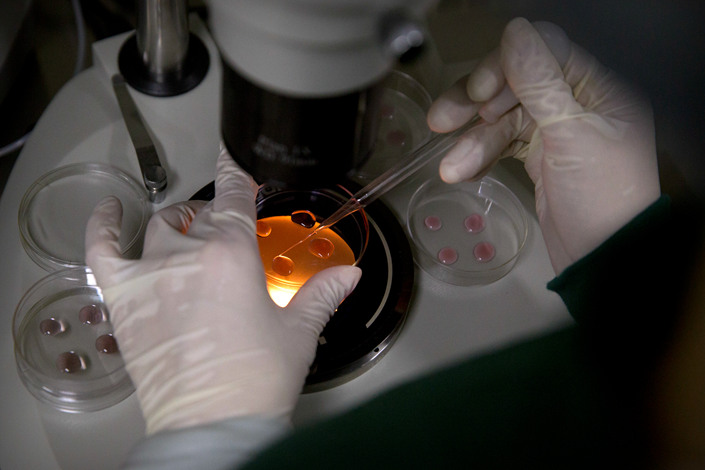 He Jiankui's claims have drawn global criticism due to the murky ethics of gene editing. Photo: IC

The controversy began on Sunday, when the Massachusetts Technology Review reported on a secretive experiment in southern China lead by Chinese researcher He Jiankui, who claimed to have removed a specific gene from a pair of twins before they were born to make them resistant to HIV. The following day, He released a video where he claimed that the world’s first gene-edited babies had been born earlier this month. The revelation unleashed uproar in the international medical and scientific communities.

He said he had performed the experiment using a powerful technique called CRISPR that lets scientists alter the DNA within cells. The embryos were then implanted in the mother’s womb.

The claim has drawn global criticism due to the murky ethics of gene editing. Many condemned the trial saying the use of gene editing is altogether unnecessary for preventing HIV in newborns.

In the hours and days following, medical experts and ethicists released statements of disapproval and organizations listed on He’s trial website as being affiliated with the research denied involvement. Shenzhen HarMoniCare Women and Children’s Hospital, which according to documents He posted online appeared to have approved the experiment, told Caixin: “We can now confirm that this study was not done in our hospital, nor were the children born in our hospital. We too do not understand He Jiankui’s research or the ethical review form uploaded online.”

Shenzhen’s Southern University of Science and Technology has told press that He Jiankui, who was an assistant professor at the university, has been on leave without pay since February. On Monday, it was reported that He established a DNA sequencing company in Shenzhen in 2012 that listed Stephen Quake, with whom He did his PhD training at Rice University in Texas, as an advisor. Speaking to the New York Times, Quake denied any involvement with the company.

On Monday, one of the inventors of the gene-editing technology used by He, Chinese-American biologist Feng Zhang, called for a global moratorium on the implantation of gene-edited embryos.

Also on Monday, an open letter signed by more than 120 Chinese scientists was published on the Chinese microblogging site Weibo condemning He’s research as “crazy” and “unethical.”

Some couples were recruited for He’s research project by Beijing-based AIDS advocacy organization Baihualin. The head of the organization, Bai Hua, told Caixin that He initially reached out to his organization because they had a group of HIV-infected couples with fertility needs. Once the families joined the trial, all expenses were covered. Bai said that “they had a contract or agreement between them, and we had nothing to do with it.”

China lacks higher level independent review bodies as well as laws and regulations for the ethical review and release of gene-editing technologies, according to members of the scientific community in China who spoke with Caixin. In practice, research trials require only the approval of the ethical review committee of the institution involved.

Zhang Di of Peking Union Medical College, who has a PhD in bioethics, told Caixin that He’s trial likely violates China’s regulations on gene editing technology. However, these specifications are too general, have poor operability and lack uniform review standards. “In China, it can be said that there is still a regulatory gap,” Zhang said. “First of all (this study) is a violation of these regulations. There is no doubt about this. But the problem of who supervises and regulates this has not been solved very well.”