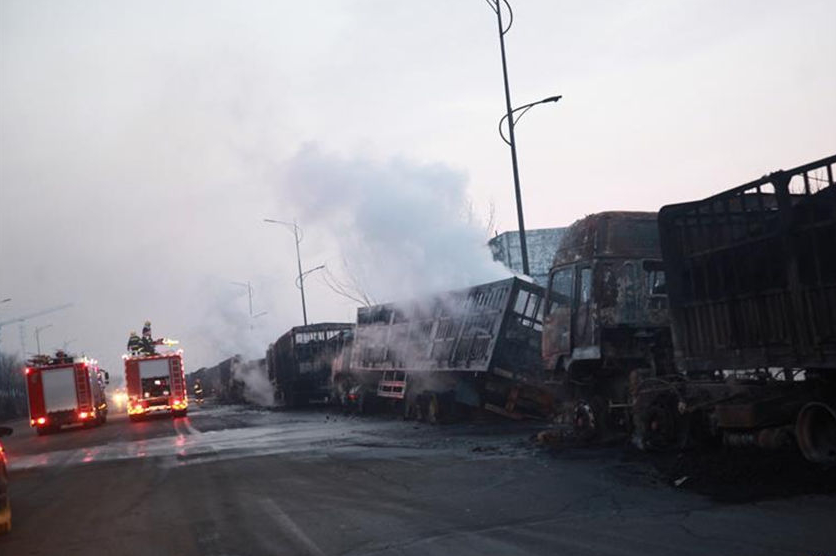 At least 22 people were killed and 22 others wounded early Wednesday in an explosion near a chemical plant in the northern city of Zhangjiakou, in Hebei province, CGTN reported.

The explosion happened near the Hebei Shenghua Chemical plant in the city’s Qiaodong district, SCMP reported.

A fire broke out after the explosion, but has since been contained, the report said, adding that 50 cars nearby were affected by the accident.

The cause of the explosion is being investigated.