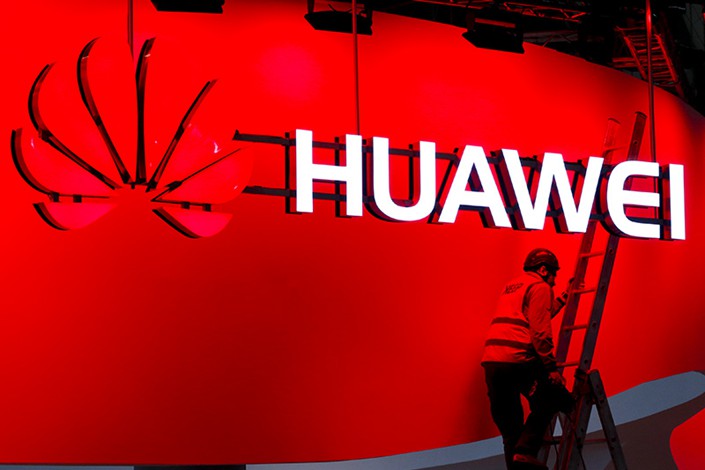 The Trump administration is facing growing bipartisan calls from Congress to prosecute a broader case against Huawei that would ban U.S. companies from doing business with China’s largest telecommunications equipment company. Photo: Bloomberg

(Bloomberg) — President Donald Trump’s trade team sought to insulate talks with China from a growing dispute over the U.S. pursuit of a Huawei executive on Sunday, but struggled to address financial markets’ fears that a fragile truce with Beijing was at risk.

The rush of televised interviews with Trump aides ahead of the opening of markets in Asia came amid signs that the dispute over the Dec. 1 arrest in Canada of Huawei Technologies Co. Ltd. Chief Financial Officer Meng Wanzhou was continuing to escalate.

They also illustrated the awkward balancing act the Trump administration faces as it tries to maintain pressure on Beijing over what many in the U.S. business community see as legitimate concerns over China’s technology policies.

The administration has to satisfy both its hawkish instincts and the exigencies of domestic politics, as well as address the growing fears in markets evident last week about the consequences of an all-out trade war between the world’s two largest economies.

The news of Meng’s arrest in Canada contributed to increasing alarm in financial markets about the lack of specifics in a trade truce announced after Trump and Chinese leader Xi Jinping dined together in Buenos Aires at the Group of 20 meeting. Under the terms disclosed, Trump agreed to pause increasing tariffs on Chinese imports for 90 days while negotiations got under way.

But Meng’s arrest in Vancouver on the same day the leaders were meeting has prompted alarm in Beijing, where U.S. Ambassador Terry Branstad was summoned on Sunday to explain the U.S. request for the executive’s extradition. The White House has insisted that Trump didn’t know beforehand about the arrest, which was first reported on Dec. 5.

Meanwhile at home, the Trump administration is facing growing bipartisan calls from Congress to prosecute a broader case against Huawei that would ban U.S. companies from doing business with China’s largest telecommunications equipment company.

Republican Senator Marco Rubio on Sunday said he’d introduce legislation that would bar Huawei from doing business in the U.S. At a minimum, Rubio told CBS’s “Face the Nation,” the U.S. Commerce Department should ban American suppliers from selling to Huawei, as it did for Chinese rival ZTE Corp. earlier this year before reaching a settlement over the company’s repeated violations of U.S. sanctions on Iran and North Korea.

Speaking on the same show, Robert Lighthizer, the U.S. trade representative, said he opposed a total ban on Huawei and insisted that the arrest of Meng was a “criminal justice matter” unrelated to trade talks with Beijing.

“It is totally separate from anything that I work on,’’ Lighthizer said.

That message was reinforced by Larry Kudlow, the head of Trump’s National Economic Council, who told Fox News that the Huawei case and the trade discussions were different “and I think President Trump and President Xi will continue to keep that difference.”

Peter Navarro, a White House trade adviser, also told Fox News that he was confident Lighthizer would be able to negotiate a deal. He also dismissed concerns in financial markets and in the business community about the impact of tariffs on the U.S. economy, and said the possibility of the trade war escalating was a “false narrative.”

Last week’s sharp decline in markets — the benchmark S&P 500 stock index in the U.S. sank 4.6%, its biggest drop since March — had more to do with Federal Reserve interest rate hikes than trade, Navarro said, continuing the administration’s public criticism of the U.S. central bank. “The Fed went too far too fast,” he said.

“We should be optimistic” about the possibility of a deal with China,” Navarro said. “But the markets shouldn’t pin their hopes on that, because that’s not what this is all about.”

Lighthizer, who like Navarro is seen as a China hawk, set a high bar for a deal and played down the possibility of extending the tariff truce agreed in Buenos Aires beyond March 1.

U.S. concerns over Chinese intellectual property practices went back to the administration of George H.W. Bush, he said, and China had made commitments many times before that it had failed to live up to.

Lighthizer warned that the U.S. would proceed with increasing tariffs on $200 billion in Chinese imports to 25% from 10% if meaningful ”structural changes” related to China’s technology policies and additional market access for U.S. exports weren’t forthcoming by then.

Trump shared his view of the negotiating time frame being limited to a firm three months, he said. “When I talk to the president of the United States he is not talking about going beyond March. He is talking about getting a deal if there is a deal to be done in the next 90 days,” Lighthizer told CBS.

The president last week opened the door a potential extension of the negotiating time frame. Other members of Trump’s trade team, including Kudlow, have said a tariff escalation could be further delayed if sufficient progress was made after 90 days.

Derek Scissors, a China expert at the conservative American Enterprise Institute in Washington, said China’s formal protests about the Huawei case were not necessarily a sign that the broader trade talks would disintegrate.

But Lighthizer’s portrayal of March 1 as a hard deadline wasn’t encouraging, said Scissors, calling the time frame “unrealistic for anything substantial to happen” given the complexity of the issues.

“If the US really does hold to that, the talks are either going to produce fake outcomes or they are dead already,” he said.