Who Were Those Foreigners Being Honored at China’s Reform and Opening-Up Celebration Today? 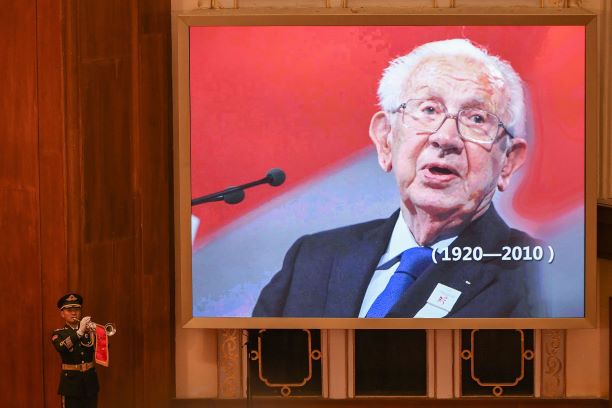 A photo of former International Olympic Committee President Juan Antonio Samaranch is displayed on a screen at the Great Hall of the People. Photo: VCG

There are many who have been friendly to China over the years. But only 10 made the list broadcast on CCTV Tuesday morning: the winners of the China Reform Friendship Medal.

This morning at the Great Hall of People, President Xi Jinping and Premier Li Keqiang honored these foreigners as part of the high-profile gathering to celebrate the 40th anniversary of China’s reform and opening-up.

But who are the honorees? The list is as follows:

· Klaus Schwab, the founder of the World Economic Forum, who was recognized as an “international activist who promoted China’s economic exchange and cooperation with the outside world”