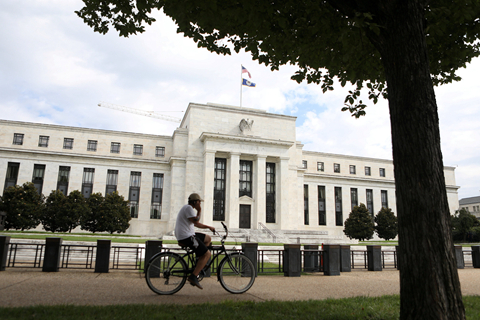 The Federal Reserve Wednesday raised its benchmark interest rate by a quarter percentage point but signaled a slower pace of increases next year.

In the fourth increase this year, the Fed took the target range for its benchmark federal funds rate to between 2.25% and 2.5%. The move marked the ninth increase since the U.S. central bank began normalizing rates in December 2015 following years of near-zero rates following the Financial Crisis.

The central bank trimmed its forecast of rate increases for the next year from three to two, signaling a slower pace for its monetary tightening campaign.

The Fed said in a Wednesday statement that U.S. “economic activity has been rising at a strong rate’’ and the central bank will “continue to monitor global economic and financial developments and assess their implications for the economic outlook.”