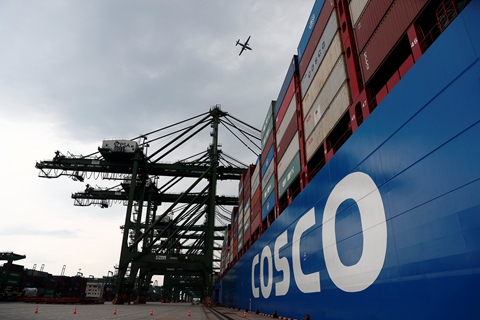 A senior executive of a unit of China’s state-owned shipping giant China COSCO Shipping Corp. fell to his death from the 15th floor of a hotel in Taipei. Local police said the incident was apparently a suicide.

Jia Libin, the managing director of Hong Kong-based China Shipping Development, was found dead Friday morning beneath a window of a hotel in Taipei's Songshan District, local police said. A nine-page letter was found in his room saying Jia was suffering from depression, according to police.

China Shipping Development is a wholly-owned subsidiary of COSCO Shipping Energy Transportation Co., the energy transportation arm of China COSCO. In the first half this year, the company reported 778 million yuan ($113 million) of revenue with a net loss of 146 million yuan.