Editorial: China’s Land Reforms Must Be Grounded in Law 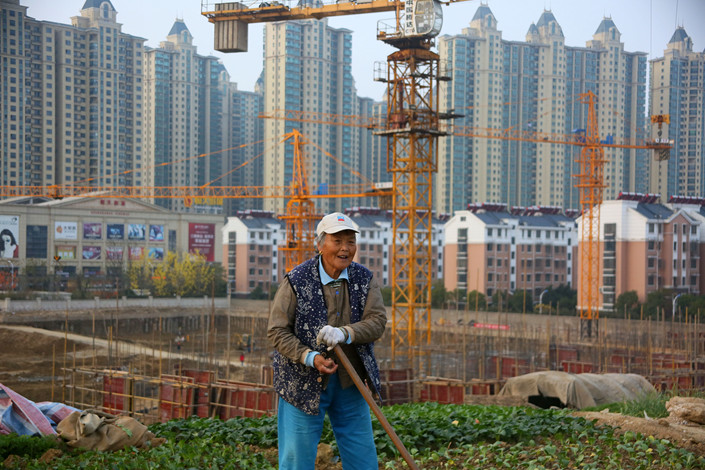 China is making new progress in revising its Land Administration Law. The Standing Committee of the National People’s Congress is set to deliberate on proposed amendments to the Land Administration Law and other draft legislation during its seventh meeting from Dec. 23-29. At the same time, it will also discuss summary reports on trial reforms in rural land expropriation, the marketization of rural collective construction land, and the homestead land system. The various parts of society hope this rare opportunity will bring breakthroughs in the depth and breadth of land reform.

Since work began on amending the Land Administration Law, rural land reforms have been a focus of public attention. The main focuses are trial reforms in the areas of rural land expropriation, the marketization of rural collective construction land, and the homestead land system — the three areas where the contradictions of China’s land management system are increasingly concentrated. China’s decision-making level has made general deployments and conducted local pilot programs since the third plenary session of the 18th Central Committee. However, progress has been slow overall because reform has had difficulty with the dual systems of urban and rural land, and this structure has been confirmed and consolidated through laws and regulations like the existing Land Administration Law. The revision of the law is a key step in removing the legal basis of the dual system for urban and rural land.

The resistance to this change should not be underestimated. A long-established network of land interests, coupled with local governments’ excessive fiscal dependence on land, has consolidated the existing land framework. The Land Administration Law, which was first promulgated in 1986, has been amended three times — in 1988, 1998 and 2004. It clearly states that there should be no transfer or leasing of the right to use land collectively owned by farmers. Collective land can enter the market as land for construction only if it is converted into state-owned land through expropriation, the law says. When that happens, the government is required to take charge of supply. Local governments thus gain a monopoly over the primary land market and are able to “fix” the price of land during expropriation. This system has long been criticized for allowing undercompensation for expropriated land, and for the unfair distribution of gains from land appreciation.

It must be acknowledged that this system helps in the expansion and transformation of cities. However, as China’s demographic, economic and social structures change, the contradictions caused or reflected by land issues are becoming increasingly acute. As the relevant departments have acknowledged in the explanation of the proposed amendment, rural collective construction land is currently prevented from entering the market at the same price as state-owned construction land; usufructuary rights for homesteads have not been fully put into place; and the mechanism for distributing income from land appreciation has major flaws. The situation has become very serious, and not only seriously infringes directly on farmers’ rights and interests, but also expands the urban-rural divide. As vast rural areas lie impoverished, urban housing prices rise steadily, eroding the foundation and vitality of the Chinese economy.

China needs to take bigger steps if it wants to reform the deeply problematic dual structure of urban and rural land. To begin with, it must eliminate legal discrimination between different types of land, and clearly define the status and rights attached to urban state-owned land and rural collective land, while treating both equally. Powers, including the exercise of ownership, as well as the occupation, usage, returns and disposal of land, should be gradually standardized and institutionalized. For a long time, holders of rural collective land, including homesteads, have had difficulty enjoying basic property rights in market transactions, and cannot use the land they hold to guarantee mortgages. There are strict constraints on the rental or transfer of rural collective land, making it far from equal to state-owned land. The central government has proposed giving rural residents greater property rights, as well as protecting property rights attached to homesteads, among other measures. However, rural residents’ expectations have yet to be met.

The protection of rural residents’ land rights should be a top priority. Incidents like reckless land expropriation or deadly demolition disputes reflect the poor state of rural land rights. The current Land Management Law says the state may expropriate land and provide compensation to serve the public interest. Some local governments have used urban development as a cover for land expropriation and the arbitrary extension of the “public interest.” The proposed revision to the law aims to narrow the scope of land acquisition, standardize acquisition procedures, and clarify the scope of public interest — a commendable effort. However, there is still uncertainty over how to prevent the misuse of reasons like “urban planning needs” and “other public interests stipulated by law and administrative regulations.” Additionally, there still needs to be a systematic way to protect the livelihoods and living standards of farmers whose land has been expropriated.

China cannot merely go through the motions of market-based resource allocation. It must form actual mechanisms. At the moment, local governments rely on the dual system of urban and rural land to restrict the transfer of collective land, fundamentally distorting prices in the land market and disrupting the allocation of land resources. An obvious sign is the growing number of rural residents migrating into cities who are unable to dispose of their homesteads and make money from their properties. At the same time, a significant amount of urban industrial land isn’t effectively utilized, but cities continue to enthusiastically designate large tracts of land for industrial use in order to boost their list of political achievements. This directly reduces the supply of new residential land.

People from all walks of life have high hopes for the revised Land Administration Law. The best way to alleviate the contradictions between urban and rural land are to constrain government power and allow the market to truly play a decisive role in the allocation of resources. Major reforms need to be based on law. The law must not only consolidate the results of past reforms, but should also lead and pave the way for future reforms. The new revisions must be able to withstand the tests of reality and historic change.