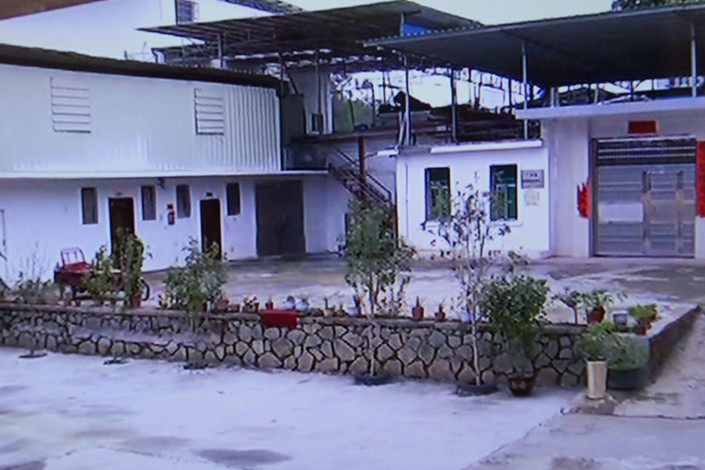 A former official has been sentenced to death and 19 others given prison terms for their role in the abuse of homeless residents at a shelter in southern China last year.

The decision by a court in Guangdong province on Monday brings to a close a case that has highlighted the plight of homeless people in the country.

In March 2017, the Chinese-language newspaper Beijing News published (link in Chinese) an exposé of appalling conditions at the privately run Lianxi Care Center in the city of Shaoguan.

One victim, a 15-year-old boy with autism named Lei Wenfeng had been sent to Lianxi in late 2016 after wandering away from his hometown and being mistakenly identified as an adult by local authorities, Beijing News reported. Lei had died after weeks at the center by the time the boy’s father found him on Dec. 14, 2016.

A blood test showed that Lei died while fighting typhoid fever, which is spread through contaminated food or drinking water, Beijing News said. The newspaper’s reporters who visited the care center found that residents at Lianxi lived in dirty, dark rooms, and many appeared emaciated. State-owned media later reported (link in Chinese) that 20 people at the facility had died within 49 days at the start of 2017.

The day after Beijing News published its report, local police detained employees at the shelter, which had been ordered to close earlier that month for not meeting government standards.

Li Cuiqiong, who was given a commuted death sentence Monday, and Pan Zhongai, who was sentenced to life imprisonment, were found by the court to have abused their positions and established and run the care center in a way that was illegal, the official Xinhua News Agency reported.

The care center was run as a private business by Li and her partners, but it was funded using local government money.

Li was the civil affairs chief of Shaoguan’s Xinfeng county when Beijing News uncovered the abuses taking place at Lianxi Care Center. At the time, Pan was an official in the city civil affairs department.

Eighteen other people received prison terms in connection to the Lianxi case, while 107 civil servants in Guangdong were disciplined in an unspecified way, according to the Xinhua report.

China’s homeless shelters have been at the center of multiple scandals in recent years. In 2013, a reporter from a Changsha newspaper said he was beaten up by staff at one of the city’s shelters while under cover for an assignment.

A year later, Chinese media reports (link in Chinese) of disabled children being tied to trees at a shelter in Henan province prompted outrage.