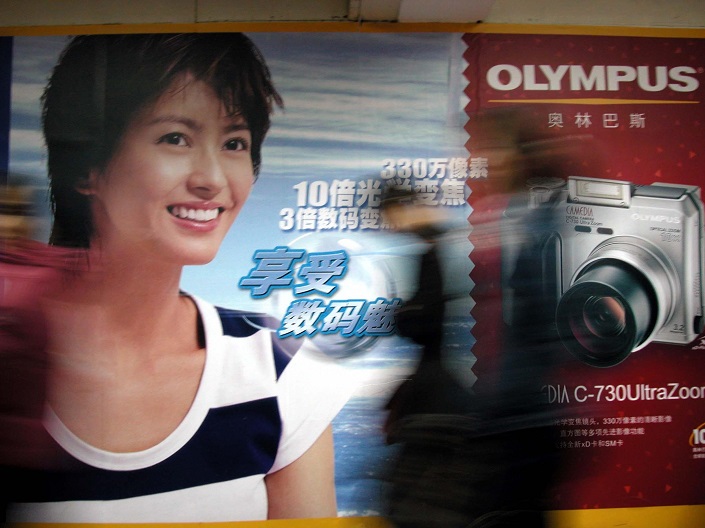 Pedestrians walk past an ad for Olympus cameras in Beijing in 2003. Photo: VCG

Japan’s Olympus Corp. is selling its 27-year-old Shenzhen factory seven months after it ended operations at the plant, which made digital cameras and camera lenses.

Olympus closed the factory May, citing shrinking sales of digital cameras “due to the rise of smartphones.”

Olympus, which also makes medical imaging equipment, was part of a wave of Japanese electronics-makers including Panasonic and Sharp that rushed to invest in Chinese factories in the 1980s and 1990s. The company previously made its digital camera products in two factories — the one in Shenzhen and another in Dong Nai province, Vietnam. Future production will be concentrated in Vietnam, Olympus said