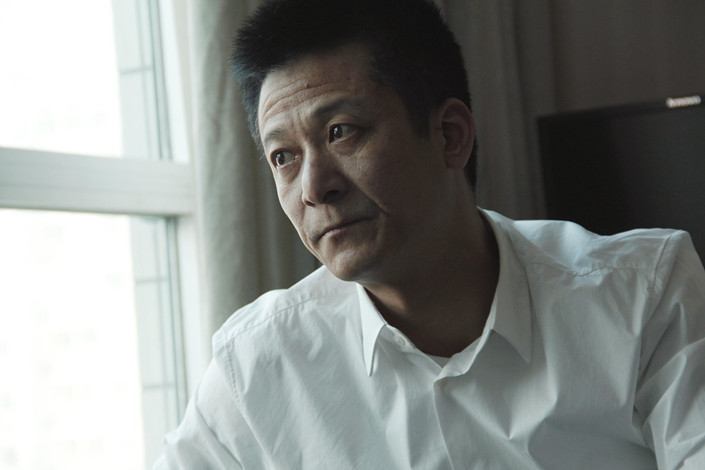 (Beijing) — Tianjin has launched an investigation into a manufacturer of herbal medicines and health foods amid accusations that the firm’s claims about its products contributed to the 2015 death of a 4-year-old with cancer.

Tianjin-based Quanjian Nature Medicine Technology Development Co. Ltd. has been under public scrutiny after a viral article published by Dingxiangyuan, an online health news portal, on Tuesday claimed the company exaggerated the benefits of its products.

The article claimed that a girl surnamed Zhou died in December 2015 from germ-cell cancer. After the girl faced months of painful surgery and chemotherapy at a Beijing hospital, her parents decided to replace her medical treatment with herbal products made by Quanjian, according to the article.

The three herbal products allegedly sold to Zhou’s family were touted as being capable of curing cancer without the need for chemotherapy. The products include extracts of plants that include dates, dandelions and asparagus. At least two of the items were neither registered as medicines nor as health supplements, Caixin has found.

The company denied any wrongdoing and demanded an apology from Dingxiangyuan, a demand the latter rejected.

A special joint investigation team will be established to look into the issues raised by the article and voiced by web users, the Tianjin municipal government said on Thursday.

Founded in 2004, Quanjian describes itself as China’s biggest direct seller of herbal-based medicines and health care products. It sells products on various channels, including most of the country’s major e-commerce sites, such as Alibaba’s Taobao and JD.com.

The company developed rapidly over the last few years with revenue totaling 1 billion yuan ($145 million) in 2017, up from 548 million yuan in 2015, according to public records.

Quanjian rose to fame based on founder Shu Yuhui’s invention of a special “fire therapy” in which a patient is covered in a blanket that is then set ablaze. Su claims it can treat chronic illnesses like diabetes.

The company’s other signature products include an insole that it claims can cure heart disease. State broadcaster CCTV reported the company’s other big seller is a sanitary pad, which a salesperson claimed can help men’s prostate health, without offering further explanation.

Among the over 100 products sold by Quanjian, only 13 are registered with authorities, Caixin found.

Zhou’s family has since unsuccessfully sued Quanjian for allegedly misleading consumers by saying the 4-year-old was cured by its products, the Dingxiangyuan article claimed.

Quanjian has been a trending topic on the Twitter-like microblogging site Weibo since Tuesday, with the hashtag “shadow under Quanjian’s multibillion empire” garnering about 180 million mentions as of Thursday afternoon. Netizens have mocked some of its “powerful products” and pored over the history of the company and its founder.

The controversy has also drawn the attention of central government authorities. On Wednesday, the State Administration for Market Regulation issued a notice that tightens requirements on the marketing activities of direct sellers of health care products.

This is the latest in a long line of medical scandals in China. In 2016, Chinese internet search giant Baidu Inc. caused a public uproar after a college student died after using the company’s search function that led him to a costly but ineffective experimental treatment.

Early this year, top vaccine-maker Changchun Changsheng Life Sciences was ordered to stop making rabies vaccinations and fined $1.3 billion after it was revealed the company was tampering with production data.

A previous version of this story misstated the company’s name as Quanjian Group Co. Ltd. It is Quanjian Nature Medicine Technology Development Co. Ltd., the major unit of Quanjian Group. The previous version also mistakenly said that CCTV reported the company’s edible sanitary pad could help men’s prostate health “if consumed...” The part about consuming the pad could not be verified from the CCTV report.