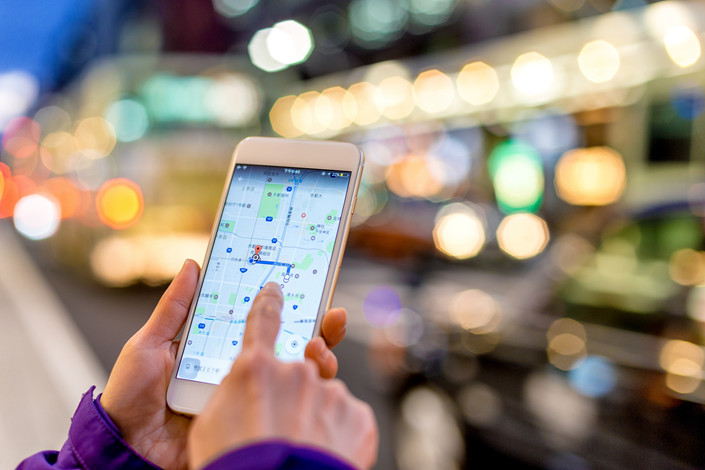 The global launch came six years to the day after BeiDou first went live in China and the Asia Pacific region. Photo: VCG

China has achieved its latest milestone in space, with the rollout of worldwide coverage from its answer to U.S. and European global positioning systems.

The nation’s own BeiDou Navigation Satellite System formally switched on to the world on Thursday, capping three decades of development, the system’s operator said at a formal launch event. The global launch came six years to the day after BeiDou first went live in China and the Asia Pacific region.

“This marks an extraordinary year in the history of the development of BeiDou,” the operator said in an announcement after the event. “First, the high-density network reached global service capability, and completed 10 launches with 19 satellites in one year, setting a new record for the construction of a world satellite navigation system and the same type of space launch in China.”

BeiDou, which is Chinese for Big Dipper, lies at the heart of a broader Chinese strategy to play catch-up with the U.S. and other developed countries in the exploration and commercialization of space. China launched its first person into space in 2003, becoming only the third nation with such capability. Most recently it launched a probe this month that will become the first-ever to explore the dark side of the moon, and it is aiming to become a space power by the year 2030.

BeiDou, which provides navigation and positioning for China’s military and critical infrastructure, is finding increasing use in everything from mapping services to cars and smartphones. China launched the 42nd and 43rd BeiDou satellites in November. The project was first begun in the 1990s, and the network can now pinpoint objects on earth within 10 meters. It can measure speeds to within 0.2 meters per second with 95% accuracy.

According to the operator, the system is now used by 14,000 companies and other entities with more than 500,000 people, most of those in China, which has been pushing domestic entities to use the system. Users include the likes of bus and boat operators, as well as some 2 million cars in the country that are configured to use the system. Most smartphones sold in China can also now use BeiDou.

According to the operator, the system is also being used in a number of other countries including Russia, Myanmar, Laos, Cambodia, Thailand, Indonesia, Pakistan, Kuwait, Algeria and Uganda.

With its new global capability, BeiDou will now compete with the older U.S. military-owned Global Positioning System, which uses a similar constellation of satellites to track objects on the earth’s surface and first came into use in the 1990s. Europe is also developing its own alternative to the U.S. GPS with its Galileo satellite navigation system.

Such technology has been widely adopted into a growing arrange of location-based products and services that, for example, can help a user locate nearby restaurants and shops. It is also an important technology in the development of self-driving cars.