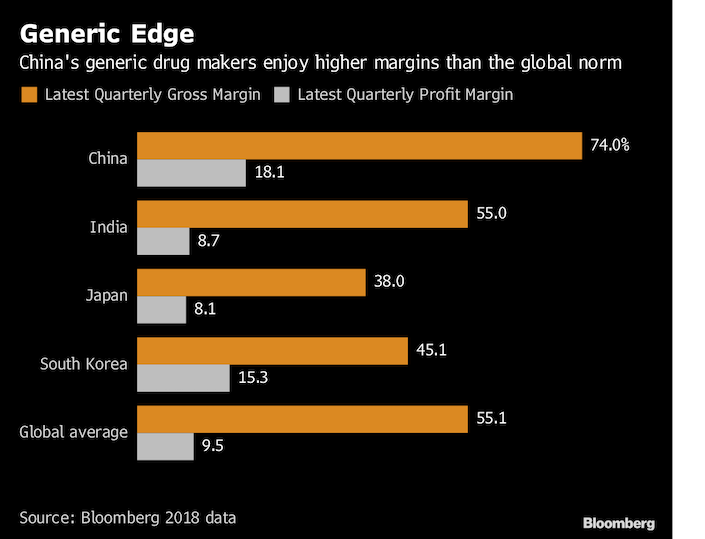 Even after a plunge last month that wiped $46 billion off Chinese health-care stocks, domestic drugmakers may be far from their floor as a Beijing-led policy shift gathers pace.

China’s plan to drive down generic drug prices through a centralized bulk procurement program is set to redraw the industry by forcing its thousands of small generic drugmakers to streamline and consolidate after decades of enjoying outsized profit margins.

“There won’t be a second act for traditional generic drug makers in China,” said Dai Ming, Shanghai-based fund manager at Hengsheng Asset Management Co. “In the past, there was hope that these companies would benefit from more government investment in health care due to the aging population, but now these health-care stocks will be further hurt by policy and undergo a greater correction.”

In order to survive the shifting landscape and rely less on generics -- drugs whose patents have expired -- many companies are scrambling to pump money into research and development. Discovering a new medicine allows companies to earn high profits for as long as the new drug is covered by a patent, balancing out the loss of revenue from the fall in generic drug prices.

Chinese companies had been in a sweet spot. Among the top 100 generic drug makers, Chinese firms had a 74 percent gross margin and an 18 percent profit margin in the third quarter, compared with a global average of 55 percent and 9.5 percent, respectively, according to data compiled by Bloomberg.