By Du Caicai and Yang Ge 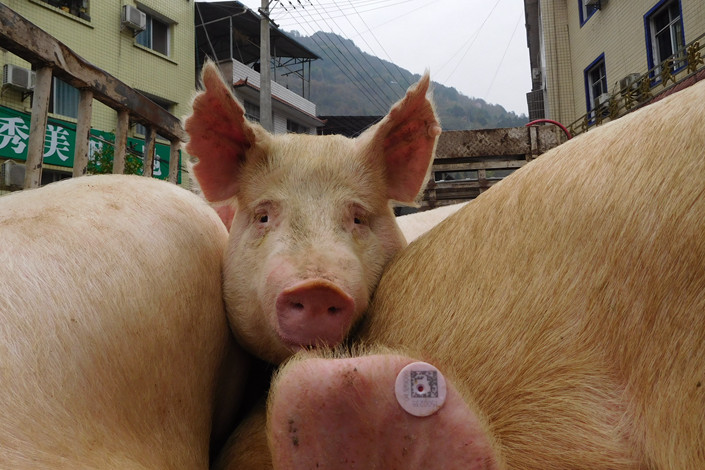 A total of 223 officials in three provinces have received punishments up to and including dismissal for mishandling China’s swine flu outbreak. Photo: IC

More than 200 officials in Northeast China’s Liaoning province, East China’s Anhui province and Central China’s Hunan province have been punished for failure to perform duties that may have helped to contain an African swine fever outbreak that has ravaged the nation’s pork industry.

The investigation into accountability for those who failed in their duties comes months after the first cases of the disease were discovered in early August near Liaoning’s provincial capital of Shenyang. In all, 223 people have received a range of punishments, from demerits and warnings to dismissals, according to a Dec. 30 report on a Communist Party website in the Inner Mongolia autonomous region’s city of Zalantun.

An investigation by the general office of the State Council, China’s cabinet, conducted inquiries into the outbreak in the three provinces and found multiple instances of failure to execute orders, prohibitions, and to carry out responsibilities, according to the report.

As the place where swine fever was first reported, Liaoning carried some of the largest responsibility. Following the first reports of swine fever near Shenyang in August, a total of 14 outbreaks have been reported in the province to date, some in contiguous areas.

Officials in the Liaoning cities of Shenyang, Anshan, Benxi, Dandong, Jinzhou, Yingkou and Liaoyang, as well as Tieling and Panjin counties, put off performing preventative measures in the early stages of the outbreak, the investigation found. Some officials deliberately hid information, didn’t perform appropriate monitoring, and failed to perform their duties in other ways.

In one case in September, a large number of pigs died at a breeding operation owned by a family surnamed Sun in the city of Yingkou, but authorities failed to follow up and better understand the case. As a result, the case wasn’t widely publicized, leading to conditions that allowed for the further spread of the disease. Some 27 Yingkou officials, including one senior official, were punished as a result of the investigation.

Altogether, 181 people in nine Liaoning cities were given warnings, demerits and other punishments for failure to properly perform their duties. Another 14 people received similar punishment in Anhui, while 28 were punished in the Hunan city of Changde, including one high-level official.

Through Dec. 31, African swine fever had been reported in 23 provincial-level areas, with the biggest concentration of cases in Liaoning, Anhui and Hunan, many in contiguous areas. African swine fever is very contagious and frequently fatal for pigs. Although it does not affect humans, it can be transmitted by humans.

African swine fever has been reported in 60 countries since it was first observed in 1921. Only 13 have eliminated the disease, after fighting it for as long as 36 years. In late November, an Agriculture Ministry official said around 600,000 pigs had been culled in an effort to contain the disease.