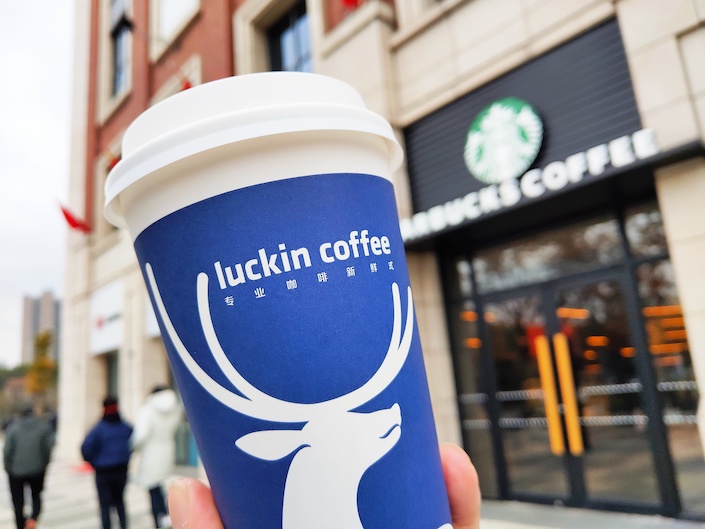 Luckin Coffee says it aims to overtake Starbucks and become China's biggest coffee chain, with over 4,500 shops by the end of 2019.

The coffee upstart officially launched in early 2018 and offers app-only ordering. To lure users, Luckin offers heavy discounts that make its coffee much cheaper than its competitors'.

Luckin has opened 2,000 shops and sold 85 million cups of coffee to 12 million Luckin app users within the past year. At a press briefing in Beijing today, the company said it aims to open 2,500 new shops in 2019.

Starbucks currently has over 3,600 cafes in China.

Luckin suffered a loss of more than 857 million yuan ($124 million) last year, but the company told Caixin in December that this was expected and in line with its current strategy for expansion.

The company’s co-founder Yang Fei said today that Luckin will continue to subsidize its customers for the next three to five years. The company is currently focusing on scale and speed rather than profit, he said.

Related: Starbucks Vows to Step Up Expansion After Strong-Arm Allegations