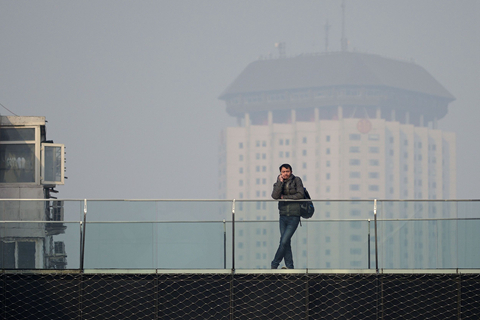 Although the economy seems foggy, at least the air cleared up in 2018.

The Beijing Municipal Ecological Environmental Bureau on Friday released statistics (link in Chinese) on the capital’s overall air quality. The figures show that the average concentration of PM2.5 in Beijing last year was 12.1% less than it was in 2017.

The release also suggests that the occurrence of heavy pollution saw a significant drop in 2018. Last year was the first time since 2013 that there was no heavy pollution lasting three days or more in a row, and no heavy PM2.5 pollution for 195 consecutive days.