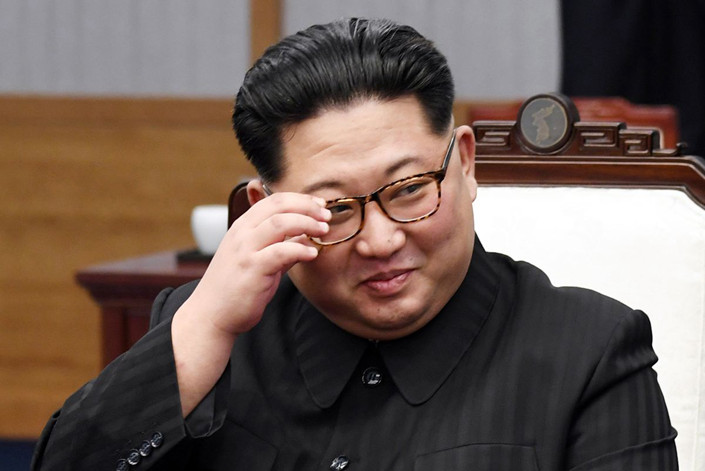 (Bloomberg) — Kim Jong Un is making his fourth visit to China, state media reported, in a sign that the North Korean leader may be consulting China’s President Xi Jinping ahead of a possible second summit with U.S. President Donald Trump.

Kim left Pyongyang Monday for a visit that is slated to end Thursday, North Korean and Chinese state media reported. Kim was invited by Xi and accompanied by his wife Ri Sol Ju and several top officials on his train journey across the border, the state-run Korean Central News Agency said.

Tuesday was Kim’s 35th birthday, according to South Korea’s Unification Ministry, although the date hasn’t been confirmed by North Korea.

The trip — Kim’s fourth to China since March — suggests negotiations over North Korea’s nuclear arsenal may be regaining momentum after months without high-level diplomatic meetings. Trump is seeking a second summit with Kim to reenergize talks that have made little headway since their first meeting in June, saying Sunday a date would be announced “in the not-too-distant future.”

Kim traveled to China — his most important security and trade partner — before meetings last year with Trump and South Korean President Moon Jae-in.

Moon’s office said Tuesday that it considered Kim’s visit a “positive development of many situations.” “We are aware of the fact that Kim is visiting China, and we are closely monitoring the situation,” Moon’s office said.

Kim could be looking to leverage his relationship with Xi, who Trump has accused of relaxing pressure on North Korea, to push the U.S. to make concessions in nuclear talks. The North Korean leader said in his New Year’s address last week that he might take a “new path” in negotiations if Trump didn’t relax the sanctions squeezing his economy.

Kim’s alternatives to U.S. talks include building closer ties with China. Still, that risks bringing North Korea under greater control of its larger and wealthier neighbor — something the regime has fought to avoid over the past six decades.