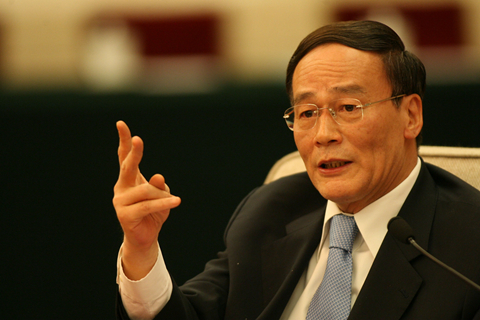 The ministry didn’t confirm whether a meeting between Wang and U.S. President Donald Trump would take place on the sidelines of the conference. Citing an unidentified source, The South China Morning Post reported during the weekend that Wang and Trump are likely to meet during the Jan. 22 to 25 Davos event.

“I do not have any information about it," Foreign Ministry spokesman Lu Kang said at a regular press briefing.

Such a meeting would be the second high-level conversation between China and the U.S. in the two months since Trump and Chinese President Xi Jinping spoke in December in Argentina. China and U.S. officials resumed trade talks in Beijing Monday, the first face-to-face meeting since Trump and Xi agreed to a 90-day tariff truce in December.

Leading China’s delegation, the vice president will deliver a speech and meet with Davos forum founder and executive chairman Klaus Schwab and other representatives at the meeting, Lu said.

Wang will speak on issues ranging from the Chinese economy to economic globalization, according to Lu.