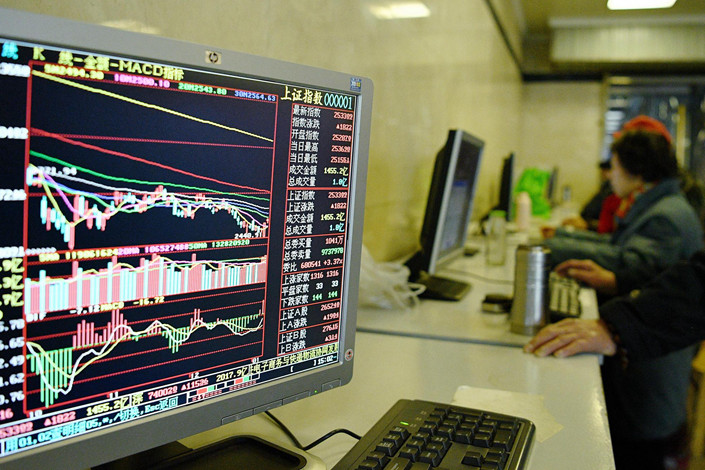 nullMSCI and FTSE announced in September plans to increase the numbers of China A-shares in their global indices. Photo: VCG

(AFR) — China's progress towards opening up its equity capital markets to foreigners looks to be moving into a new phase as the world's three largest providers of stock market indices recognize the country's growing importance in global investment portfolios.

MSCI, S&P Dow Jones and FTSE International are all moving this year to significantly increase the weighting of Chinese shares in their global indices. This will have a material impact on flows of money into Chinese shares.

There are other reasons why investors would want to own Chinese shares in 2019, according to a detailed analysis of the state of play in China's equity markets by Japanese broker Nomura.

Nomura's team of analysts based in Hong Kong and Singapore believe China's equity markets are not only too big to ignore, they also offer higher earnings and dividend growth rates than many other major international equity markets. Earnings per share growth in China in 2019 and 2020 is expected to be 13.7% and 14.2% respectively.

"Investors are unlikely to be surprised that China offers the most attractive earnings growth prospects of all five markets highlighted," the Nomura analysts, led by Jim McCafferty said.

"China's economy is the least developed in this universe and is growing at the fastest pace. We think it is more interesting to consider China relative to its developed peers on two other fundamental metrics which may appear more suitable for more mature developed markets.

"First, the forecasts show that MSCI China's average dividend growth for 2019 and 2020 is 10.2%. This is the highest of its global developed market peers.

"Second, the level of indebtedness at MSCI China is much lower than international peers. This suggests to us that China is a much less risky market than its MSCI classification might suggest."

There are big index changes looming this year which will drive increased flows of money into China by global investors. China's classification as an emerging market has tended to suppress international flows in the past.

The other negative factors that have proved a barrier to foreign investment in Chinese equities include trading suspensions of China A-shares, lack of alignment of Chinese share settlement periods, lack of access to hedging and derivative vehicles, lack of local currency liquidity, trading holidays, lack of access to initial public offering, no properly functioning stock lending for short sellers, lack of stability in stock indices and lack of efficiency in best execution.

The constraints on accessibility listed above were identified by index provider MSCI in a document prepared as part of its consultation over the inclusion in its indices of a larger proportion of Chinese shares.

MSCI and FTSE announced in September plans to increase the numbers of China A-shares in their global indices. This was not a shock but the magnitude of the changes were greater than expected.

Goldman Sachs said in a note to clients at the time that the MSCI changes "could usher in $$41 billion to $59 billion of net buying for the 235 existing China A-share constituents for the two tranches of inclusion in May and August this year.

It said the FTSE changes could cause $8 billion in incremental flows.

China has the leading stock market capitalization in the region but the lowest level of foreign ownership. Index weighting changes could turn the tide.

"Therefore, S&P DJI will add eligible China A-Shares that are accessible via the Shanghai-Hong Kong Stock Northbound Connect or Shenzhen-Hong Kong Stock Northbound Connect facilities to S&P DJI's Global Benchmark Indices with an emerging market classification effective prior to the market open on September 23, 2019 using a reduced weight factor of 25% of each company's investable weight factor.

Nomura said another factor that could drive Chinese stock prices higher this year was the likelihood the central bank would start buying shares.

"We think that the Chinese authorities are likely to consider using the PBOC as a new lever of power in the stock market this year," Nomura said.