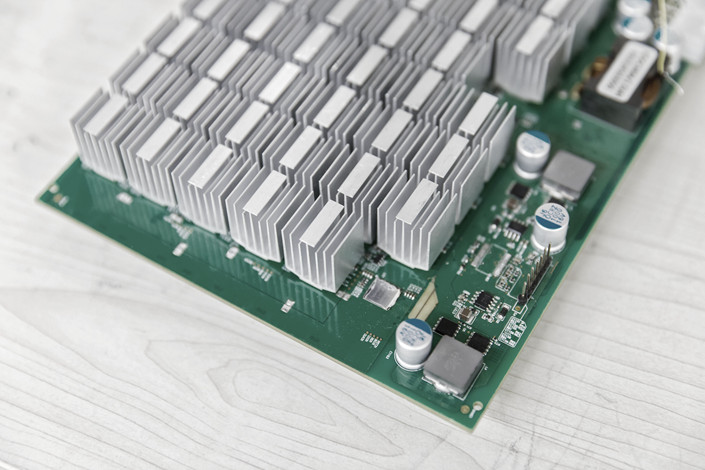 “We want to use all available tools to make the consequences of this behavior economically untenable,” Assistant Attorney General John C. Demers said in an interview. Photo: Bloomberg

(Bloomberg) — As the Trump administration and China attempt to end their trade war, the U.S. is pushing forward on a key front of the conflict: a criminal prosecution of alleged trade-secret theft that has helped to hobble China’s aspirations of mass producing memory chips.

The companies’ indictment was the first under the Justice Department’s “China Initiative,” announced in November to prioritize trade-theft cases and litigate them as quickly as possible. Prosecutors are deploying novel tactics in this latest fight, adding some experimental methods to layered enforcement actions to make sure there’s no mistake about the message: If China steals technology, it won’t go unpunished.

“We want to use all available tools to make the consequences of this behavior economically untenable,” Assistant Attorney General John C. Demers said in an interview in November after the initiative was announced.

Specifically, the Justice Department is testing a new rule that makes it easier to serve criminal indictments to foreign companies without a U.S. presence. Previously, similar cases languished or stalled completely.

In some cases defendants, with the help of their U.S.-based lawyers and the Chinese government, simply feigned ignorance, acting as if the indictments didn’t exist. Not this time: Jinhua, through its lawyer, agreed to show up at Wednesday’s arraignment. UMC will also be there, according to its lawyer.

Prosecutors are also testing for the first time a provision of the Economic Espionage Act dating back to 1996 to bring a civil suit alleging trade-secret theft on top of the criminal indictment. Through the civil case, the government is aiming to block Jinhua’s exports of dynamic random access memory, or DRAM, that the U.S. says relies on technology stolen from Boise, Idaho-based Micron Technology Inc.

“One of the things about using a tool like this is, you put that tool on everybody’s radar screen,” Demers said in an interview last month. “So the next set of Assistant U.S. Attorneys and FBI agents who are investigating similar conduct, they think about this.”

It’s a multi-pronged strategy: on Oct. 30, a few days before the “China Initiative” was announced, the Commerce Department blocked sales of U.S. chip-making gear to Jinhua, grinding to a halt the company’s plans to produce semiconductors. China, by far the largest market for DRAM, has made its production a national priority so it can end its reliance on $200 billion of annual imports.

Both Fujian Jinhua and UMC have denied the U.S. allegations. Three Taiwan residents were charged alongside the companies with conspiring to steal trade secrets. They are scheduled to be arraigned next month.

Chad Kolton, an outside spokesman in the U.S. for Jinjiang, China-based Jinhua, didn’t respond to a request for comment.

“UMC has accepted service of both the summons in the criminal case and the government’s civil complaint, and will appear in court to address both cases,” UMC’s lawyer, Leslie Caldwell, said in an email. She declined to comment further.

From the criminal case, prosecutors stand to win an order requiring Jinhua and UMC to forfeit chips and income derived from the allegedly stolen technology, as well as a ban from using Micron’s secrets for up to five years.

“But that only happens after a conviction or as part of a plea,” said Ashok Ramani, an intellectual property lawyer at Davis Polk in Menlo Park, California. “That can take a long time.”

The civil suit allows prosecutors to move quickly with a tailored order blocking the companies, potentially forever, from exporting chips before the criminal case gets under way, “when the harm is ongoing, or could get worse,” Ramani said.

Prosecutors are trying to cover all their bases, Christopher Seaman, a professor at Washington and Lee law school, said of the dual filings.

“The criminal indictment is out there in part to show the U.S. means business on this. If they’re going to get any remedy that’s meaningful in the real world, it’s the civil case,” Seaman said.

The rule change on serving indictments is key. For years, prosecutors tried and failed to serve China’s Pangang Group, a Chengdu-based chemical company, charging the company with stealing trade secrets from DuPont Co. A U.S. judge ruled prosecutors failed to comply with the letter of U.S. law and China refused to help, according to court filings.

After a 2016 rule change from the U.S. Supreme Court, an appeals court agreed in 2017 that Pangang Group was properly served an indictment through its longtime lawyers in the U.S. — five years after the case was filed.

Legal experts agree the change helped the U.S. get its criminal case against Jinhua started. Meanwhile, experts say prosecutors got a boost in the civil suit against Jinhua from a related Nov. 20 civil ruling by U.S. District Judge Maxine M. Chesney, who’s also handling the Jinhua case in San Francisco.

Micron spent almost a year trying to serve a civil trade-secrets complaint against Jinhua. A copy sent to the Chinese Ministry of Justice was returned stating, without further elaboration, that “the Chinese translation is not complete.” Chesney concluded Micron can simply email the complaint to Jinhua’s U.S. lawyers.