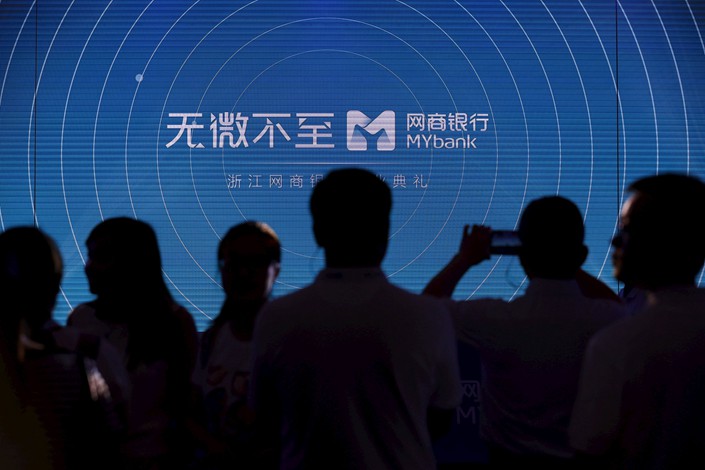 (Beijing) — The banking regulator of the eastern province of Zhejiang has unveiled new rules that restrict local banks from providing clients outside the province with online loans issued jointly with third parties, according to a notice seen by Caixin.

The Zhejiang bureau of the China Banking and Insurance Regulatory Commission (CBIRC), which issued the notice this week, stipulated that local branches of the banks can engage in online “joint-loan business” only within the province and the banks cannot outsource essential credit review and risk management procedures outside Zhejiang.

In recent years, banks have been teaming up with third-party online lenders to expand their businesses and bring in more customers, the notice said.

The regulator said that it supports the development of technology to conduct credit reviews, but noted that “banks should strike a balance among innovation, development, and risk management and control.”

The rules will likely have more of an impact on banks that rely on third-party online lenders to offer loans to borrowers in other regions.

The local regulator also said that most of these loans are dispersedly issued in small amounts, so banks might be incapable of managing the corresponding risks.

Local branches of local banks have actually been restricted from engaging in cross-regional lending for years, said Chen Wen, a banking expert with the Chinese Academy of Social Sciences, a government think tank. He said that banks should use technology to improve operational efficiency rather than to circumvent the rules.

However, the Zhejiang-registered online lender MyBank is exempt from the new rules, Caixin has learned from the CBIRC’s Zhejiang bureau.

Operated by Ant Financial Services Group, MyBank provides loans to small and midsize businesses. It uses an algorithm to determine each user’s creditworthiness. It was among a small group of online banks chosen for a government pilot program designed to give small businesses better access to credit.

In November, it was reported that the national banking regulator issued guidelines for public comment (link in Chinese) that clearly stated that local commercial banks should mainly serve local customers, and the balance of online loans issued to borrowers in other provinces should not exceed 20% of the entire balance of its online loans. Although the draft rule has not officially gone into effect, the industry is aware that a regulatory change is on the way.

“Zhejiang’s new rules appear to be a bit stricter than the nationwide draft rule last year,” said a senior banking professional. He said that the industry is already paying close attention to possible policy changes in other provincial-level areas.