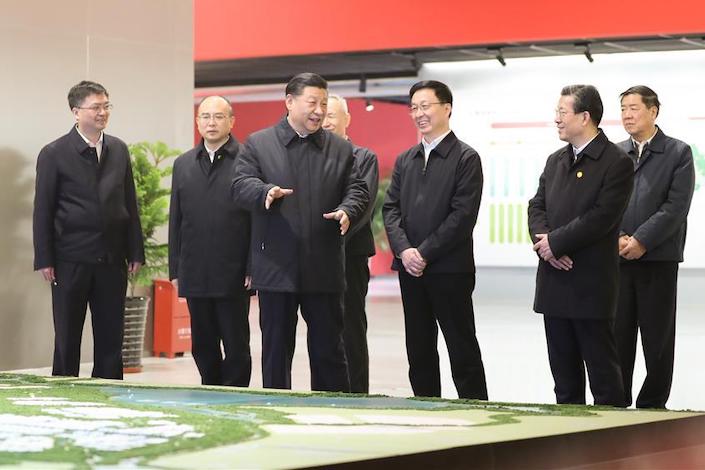 Chinese President Xi Jinping on Wednesday inspected the Xiong’an New Area, a zone established in April 2017 to encourage the development of northern China.

It was the second visit since February 2017, when the president went to Xin’an, Hebei to prepare the creation of Xiong’an, according to the official Xinhua News Agency.

The latest visit followed shortly after the Chinese government’s approval of a comprehensive blueprint for the new zone, with construction plans going out as far as 2035.

The central government has said it will build Xiong’an as a new place to catalyze the development of major North China cities Beijing, Tianjin and Hebei, and it will also ease some of Beijing’s metropolitan burdens.

The birth of the Xiong’an, slightly more than 100 kilometers south of Beijing in Hebei province, is said to be comparable with the creation of earlier economic zones in Shenzhen and Shanghai Pudong, which contributed to China’s opening-up to the outside world and transformation into the world’s second-largest economy.