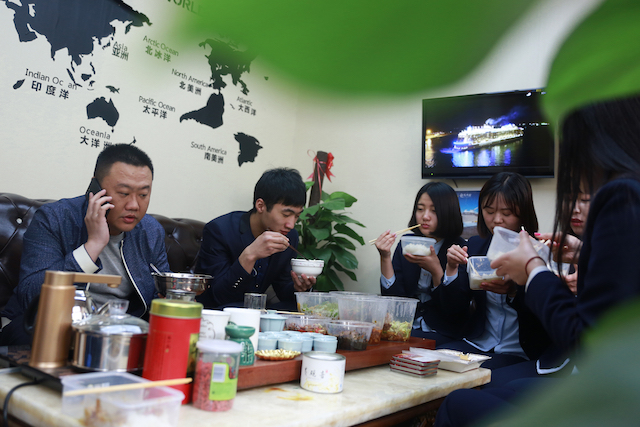 The Chinese government has offered a rare definition of what it means to be “middle-income” in the country.

In the footnotes of a recent report on how Chinese people spend their time, the National Bureau of Statistics (NBS) says it considers people with incomes of under 2,000 yuan ($295.66) per month to be “low-income,” while those earning between 2,000 and 5,000 yuan each month are “middle-income.” People making 5,000-10,000 yuan count as “relatively high” earners, while everyone whose paycheck amounts to more than 10,000 yuan is a “high-income” person.

While official documents have offered definitions of China’s “middle class” from time to time, there’s still little consensus in Chinese public discourse over what the term means. On Monday, the country’s head statistician Ning Jizhe confused his audience when he said the country had over 400 million “middle-income” people without defining the term.

“What’s the standard for determining the middle-income population?” China News Service asked. The state-owned news agency suggested that, based on its calculations, Ning may have been referring to people from households earning between 100,000 yuan and 500,000 yuan a year.