Henry Paulson: We Have the Way, We Just Need the Will to Fight Climate Change 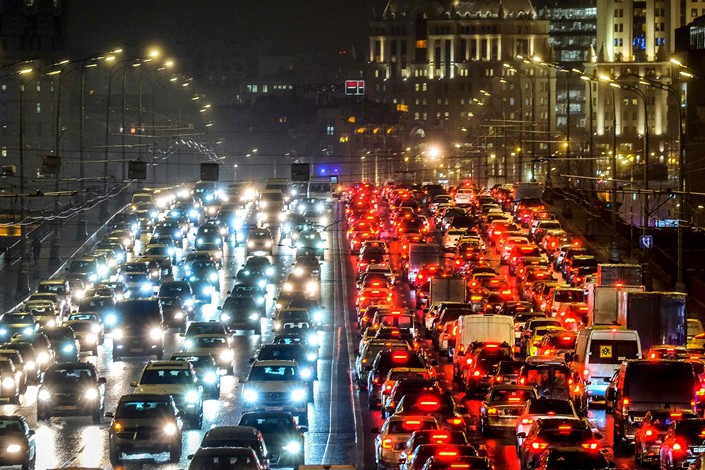 The fact that climate change poses an extreme risk to the global economy, plunders our environment, and threatens national security is, by now, well documented. The questions are how to adapt and prepare for the adverse changes that are already a predictable reality, and what can be done to avoid the worst-case outcomes that threaten to dramatically change life on this planet as we know it?

The scientific consensus that we face huge risks resulting from man-made carbon emissions is overwhelming, but it has been too conservative and has understated the threat. The oceans have been warming much quicker than predicted, giving us less time to act. But we have the tools and knowledge to meet this challenge with existing financing models and regulatory policies. What is needed is the political will to act. As world leaders meet this week in Davos, they should find concrete ways to move forward collectively on climate solutions.

An obvious place to start is the widespread implementation of a policy that is long overdue: putting a price on carbon. This would go a long way toward incentivizing the transition from carbon-based fuels to clean energy. Some 70 countries, states, and provinces have already introduced carbon-pricing systems or plan to introduce them shortly, according to the World Resources Institute. But more can be done, and carbon pricing should be adopted across the globe.

Progress on this front has proceeded in fits and starts in the United States, but there is an emerging bipartisan consensus that carbon pricing is the most efficient and effective way to reduce emissions. Just last week, a bipartisan group of eminent economists signed a declaration of support for a carbon tax, published in the Wall Street Journal.

Another essential element of any real climate change solution must include “green” finance—or the use of financial investments that flow to sustainable development projects and low-carbon technologies. According to the UN, the world will need to mobilize some $90 trillion over the next 15 years to stave off the worst effects of climate change. The good news is that there is an abundance of capital globally. But governments will need to create the proper conditions, via policies, regulations, and incentives, to attract this capital.

Momentum for green finance is moving in the right direction, but it needs to be pushed into the mainstream and accelerated. In this effort, Paulson Institute has been advancing these ideas through our Green Finance Center, which develops and tests innovative financing models and advises China’s financial institutions how to promote green growth.

Another key in the fight against climate change will be investing in and deploying cutting-edge clean technologies. This means building new sources of zero- and low-carbon energy, including wind, solar, and nuclear; electrifying vehicles, heating systems, and many other products and processes; and making buildings, appliances, and manufacturing more energy efficient.

The United States has a competitive advantage when it comes to developing leading clean tech. But it is in China where large-scale deployment of these technologies will make the biggest difference. For one, this is because China is by far the world’s largest carbon emitter. But equally important is that the successful market-based use of green tech in China can demonstrate the benefits to other developing countries struggling to solve similar climate challenges. This is why Paulson Institute has supported initiatives like the US-China Green Fund, which aims to provide financing to bring US technologies to bear in the fight against pollution in China.

As a former US Treasury Secretary, I know that it’s significantly easier to make global promises than to turn them into concrete actions. I understand that political realities are more often stumbling blocks than stepping stones to the best solutions. And I know that crises are much easier to tackle when they are short-term and local in nature. Climate change is neither. But we must understand the urgency of the problem we are facing.

Carbon emissions are cumulative, and in all likelihood, irreversible. In other words, government won’t be able to come in at the end and undo the damage. We owe it to ourselves to protect our economic security by enforcing disclosure of economic risk in corporate financial statements and building resilience into our economic infrastructure and supply chains. We owe it to our children and grandchildren to prepare for changes that are certain to happen, and to take actions to reduce the risks of the very worst outcomes that we need to prevent.

These risks are profound. So we must challenge and defeat the enemies of progress — ignorance, selfishness, and most dangerous of all, a sense of hopelessness and despair. Now is not the time for despair. We have the ideas, capital, and technologies needed to turn the tide and transition to a low-carbon economy. We just need world leaders to put them to use.

Henry M. Paulson, Jr. is the founder and chairman of Paulson Institute

This article was originally published by Paulson Institute, titled Accelerate the Fight Against Climate Change.