Opinion: America is a Leaderless Nation 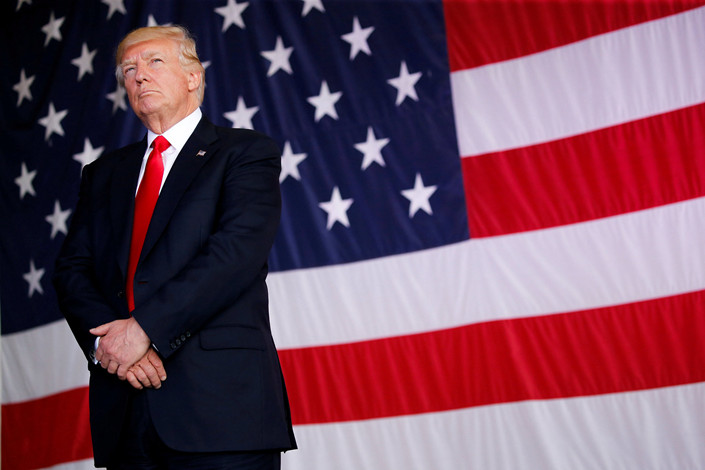 China is taking heat on many fronts. Its corporate crown jewel Huawei is being shunned from Australia to Canada. Most of its exports to America have been threatened with punitive tariffs. The very uncertainty created by the on-and-off trade negotiations between the U.S. and China have the potential to wreak havoc on the wider economy. The latest data indicate China’s economic growth in 2018 is the slowest in decades. The worse is yet to come. On social media and in private dining rooms, worries and dire warnings dominate conversations. But China is hardly a nation in fear.

The same cannot be said of America, which remains gripped by fear and uncertainty over the rise of the world’s next superpower. And yet rather than tackle the fear head-on and find a formula for the future, current U.S. leadership is simply using it as fuel to help meet its own short-term, inconsequential goals.

The American economy in terms of growth rate and unemployment rate is in the best shape in the living memory. The country had run quite smoothly even when the federal government was in partial shut-down for over 30 days, a record-breaking period. Yet, America is in fear on many fronts.

Some fear gun violence. Some fear out-of-control health care costs. Some fear illegal immigrants. Some fear ever-growing economic inequality. Some fear transgender people serving in the military. These fearful objects often divide the nation. The only thing that really unifies America today seems to be the great fear of China.

China, according to luminaries such as Professor Lawrence H. Summers, a former president of Harvard University, is almost certain to overtake the U.S. as the world’s largest economy, and America could eventually also lose its lead in development of cutting-edge technologies. At the same time, many Americans may be disappointed that China has not taken the U.S. path and become a liberal democracy.

It’s possible that America will be perfectly fine with China being a bigger economy of more advanced technology or even military as long as China leads a way of life similar to America. After all, the conventional wisdom is that democracies do not wage war against each other. This scenario is currently a remote dream at best.

That is where we are at. The great fear of China is real. The material conditions behind the fear are robust. The momentum of the fear takes on a life of its own. But what is conspicuously absent is a great American leader who is intellectually honest about the real complexity of the existential challenge engendered by a rising China. This challenge certainly has loads of geopolitical implications, but it is ultimately beyond the geopolitical calculation.

“The only thing we have to fear is fear itself”, said President Franklin Roosevelt when America was facing a different kind of struggle. He went on to define fear as “nameless, unreasoning, unjustified terror which paralyzes needed efforts to convert retreat into advance.” His wise words ring true today.

If the great fear of China is real, it has yet to be properly “named” with the analytical vigor and intellectual honesty it deserves by current American political and intellectual leaders. Little American discourse on “China’s threat” expressly recognizes and sufficiently factors in the plain fact that the Chinese people have the right and very likely the ability to pursue a living standard on par with their American counterparts.

A true leader will not exploit the fear for petty partisan gains but realize the essence of this epochal challenge is more of developing a new set of international norms on emerging issues than the rivalry between the U.S. and China for dominance in tech or hegemony in geopolitics.

A great people shall have the courage to call out any leader who paints “retreat” as “advance”. It is past time to realize that there is no way going back to the old days when China and India were not in the game. “In every dark hour of our national life, a leadership of frankness and vigor has met with that understanding and support of the people themselves which is essential to victory.”

Clearly, neither President Trump nor Speaker Pelosi measures up to this leadership standard set by President Roosevelt. Good luck in finding such “frankness” or “vigor” in President Trump’s over 8,000 false or misleading claims within two years of his presidency, as reported by the Washington Post. Speaker Pelosi may be “satin and steel”, according to her friends and allies, but so far nothing indicates her horizon is above the daily partisan fights with the GOP or maybe 2020 election at the farthest.

In view of today’s China, India, Vietnam and Africa, among others, if “Making America Great Again” (MAGA) is a victory defined by American voters’ material and psychological comfort alone, it could be “fighting words” to the rest of the world. “MAGA” must be defined and measured against the peace and prosperity of the entire humanity. America owes no less to the world.

Frank Hong is a corporate lawyer and independent scholar based in Shanghai.