Five Things to Know About China’s New High-Tech Board 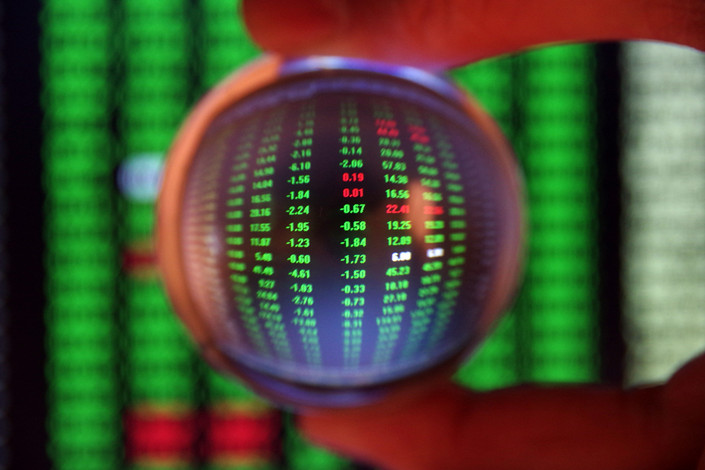 Securities regulators this week released draft rules for a Nasdaq-style high-tech board in Shanghai just three months after President Xi Jinping proposed the initiative. The new board will test a registration-based system for initial public offerings, bringing a long-awaited reform of China’s stock market one step closer to reality.

The Shanghai Stock Exchange (SSE) will decide on whether to approve an application for an initial public offering (IPO) on the high-tech board within three months after it agrees to take the case, excluding the time allowed for the applicants and their listing service providers to answer queries from the bourse, according to the exchange’s documents (link in Chinese).

The China Securities Regulatory Commission (CSRC) will decide on whether to conduct the registration for the listing within 20 working days after the SSE approves the application, excluding the time allowed for the applicants and their listing service providers to answer questions from the regulator, according to rules the CSRC released (link in Chinese).

Here are the five key things to know about the draft regulations.

*Can individuals buy shares on the high-tech board?

Yes and no. People who want to buy stocks listed on the high-tech board must have had a daily average of at least 500,000 yuan ($74,000) in assets (excluding borrowed cash and securities) in their securities account in the previous 20 trading days before filing an application to open an account. They must also have a minimum of 24 months’ experience trading securities. An investor’s assets, knowledge, risk tolerance and credit history will be assessed and his trading and risk tolerance will be reviewed every two years. Individuals who can’t meet the requirements can invest in the high-tech board through mutual funds.

Unlike the two main boards in Shanghai and Shenzhen, the high-tech board will not require a company to have a three-year track record of profitability to be eligible for listing. Instead, companies will need to meet one of five criteria set in the draft rules.

The five criteria are intended to make access to the stock market easier for high-tech start-ups with promising prospects and firms that are yet to be profitable but have already been able to earn a certain amount of income or generate stable operating cash flow, the SSE said in a statement (link in Chinese).

Businesses that have made key technological breakthroughs and have commercialized their research, and pre-revenue biotech firms are also likely to benefit from the new regulation, according to the statement.

*Will the high-tech board allow dual-class share structures and variable-interest entity (VIE) arrangements?

A dual-class shareholding, or weighted voting rights, structure has been adopted by many Chinese technology companies such as Alibaba and JD.com to allow their founders to keep the control of the business. The firms also often choose the VIE arrangement when they raise funds abroad to get around China’s rules restricting foreign investment and ownership in certain sectors including the internet and value-added telecom services. Companies using either of these two structures have so far been barred from listing on the A-share market.

But the door is set to open for overseas-listed tech giants to return home now that China looks ready to lift the ban on companies floating on the high-tech board. Mainland bourses also hope the move will help them compete with overseas stock exchanges such as Hong Kong and New York to attract technology companies. The Hong Kong Stock Exchange revised rules in April to allow pre-profit biologics firms and companies with a dual-class share structure to float their shares.

Nonetheless, certain restrictions will still apply. For companies with dual-class equity structures, shares with superior voting rights, known as “Class B” stock, can carry a maximum of 10 times the voting rights of ordinary shares, or “Class A” stock. Minimum requirements for these companies to qualify for a listing are also more draconian in some areas such as estimated market value and annual revenue.

Companies using the VIE arrangement must make full and thorough disclosure of the risks they are exposed to and their corporate governance. Red-chip firms — mainland companies listed in Hong Kong which have structures similar to the VIE — can list on the high-tech board by issuing Chinese depositary receipts (CDR). They are required to update investors periodically with information such as changes in the top 10 owners of the CDR and the size of their holdings.

*What other special treatment are high-tech board stocks getting?

There won't be any limit on the price movement of stocks on their first day of trading and over the subsequent four days, and gains and declines will be subject to a 20% daily cap after that. On other boards, the current cap on share-price fluctuations on the first day of trading is 44% and 10% a day subsequently.

The daily limits are being relaxed because the shares are likely to be more volatile than those of the average listed company, the SSE said in a statement (link in Chinese). High-tech companies are exposed to more uncertainties such as funding and competition risks because they are capital-intensive and need to catch up with rapid technology upgrades, it said.

But stocks on the high-tech board will be subject to stricter delisting rules as authorities aim to ensure the market gains a reputation for high-quality companies.

Conditions that will trigger a delisting procedure are specified in a more detailed manner than in previous regulations. The draft rules provide clear guidelines and criteria on delisting in a range of situations such as operating problems, law violations, and disclosure compliance. For example, a company will be deemed financially unviable and a delisting warning will be issued, when most of its revenue or profit is generated from transactions unrelated to its main business. That differs from existing regulations where authorities focus primarily on how long a company has been losing money when they decide whether to subject it to delisting for financial reasons.

Trading suspensions, a popular tool companies on the main board use to avoid expulsion, will not be allowed on the high-tech board once a stock is threatened with being placed in the delisting process to prevent “disruption to market expectations and the pricing mechanism,” according to the draft rules. Instead, the company will be put straight into the delisting process. The draft rules also shorten the number of years a company is allowed to lose money before being delisted. Firms that are kicked off the high-tech board due to major violations of the law will be banned from ever relisting.

*How will the new board deal with IPO pricing and speculation?

Sponsors of an IPO will be barred from participating in book building or the pricing process. They will also be required to buy 2%-5% of the new shares they help to sell and hold the stocks for two years through a subsidiary, a source close to regulators, who asked not to be named, told Caixin. The aim is to ensure sponsors conduct proper due diligence and select the best companies for the high-tech board, and that the pricing of the shares is fair.

IPO sponsors are supposed to advise, guide and educate their client companies to comply with all the listing rules and procedures. They are not responsible for the pricing and marketing of the share offering, jobs that are carried out by the underwriters. However, the same brokerage can assume both roles in an IPO.

The high-tech board will allow more flexibility in the use of what’s known as short selling, a process where investors can turn a profit by borrowing shares from securities firms, selling them, and then buying them back at a lower price before returning them. The authorities believe that allowing short selling of individual stocks, which is rarely used on other boards, will help to curb speculation.