China Hands Mourn a Giant of the Field 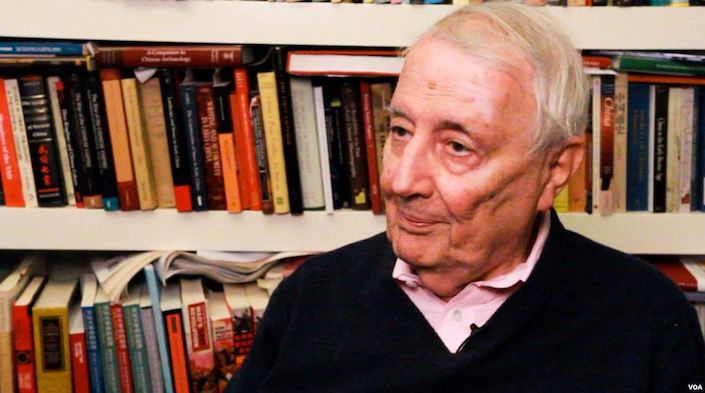 The China studies world lost a giant this weekend, as renowned scholar, politician and author Roderick MacFarquhar died Sunday at 88.

MacFarquhar’s career spanned geographies (he was born in Lahore, and spent time in Egypt and Jordan) as well as domains (he moved between academia, politics and journalism).

His lasting legacy, though, is likely to be the impact he had on students — both ones he taught and ones influenced by his China-related textbooks. In fact, a few of his former students are now noted China scholars.

Here’s what some who knew him, or were influenced by his work, had to say on Twitter:

One of the most respected scholars of Chinese politics, Rod MacFarquhar, has died. In his 88 years he served in the British Army, worked as a journalist, was a member of Parliament and was a much-beloved Harvard professor. His course on the Cultural Revolution was legendary.

But my most treasured memories of Professor MacFarquhar were more personal: he was a gracious and generous host, seemingly from a bygone era. When Rod raised a glass for a toast, the words he used were heartfelt. He made everyone around him feel special. I was honored to know him.

Rod MacFarquhar was a fabulous China scholar, a great teacher, and a true and generous friend to his many grateful students. It was a real privilege to study under him and to help teach his Cultural Revolution class which was a classic #RIP

MacFarquhar was indeed a giant in the China field, whose scholarship influenced generations of scholars. A sad day.

BONNIE GLASER (Senior adviser for Asia and Director of the China Power Project at CSIS):

I worked as an intern for Roderick Macfarquhar in 1981 when he was working on his second book on the Cultural Revolution. I wish I could have taken his course! He was a wonderful man and a China-watcher par excellence. Rod was also a great mentor and trained many students.

China-watchers have lost the original great China-watcher, Roderick MacFarquhar. What a giant, truly an inspiration to countless among us. He will be missed.

INDIRA LAKSHMANAN (Executive Editor at the PulitzerCenter and columnist at the Boston Globe):

I mourn the loss of Rod MacFarquhar, a brilliant #China scholar (after a storied career as a journalist) & an inspiring teacher+mentor for generations of students. His Cultural Revolution class opened new horizons. When I became a correspondent, he helped me understand China more.

For 20 years since, he was always available & eager to share ideas and shed light on whatever happened in China and what it all meant. I feel so lucky to have learned from a legend, happy for everyone fortunate to cross his path. He reminded me of my own beloved academic dad

For Chinese readers, make sure to check out MacFarquhar’s interview with Chinese publication 政见团队 from a few years back.