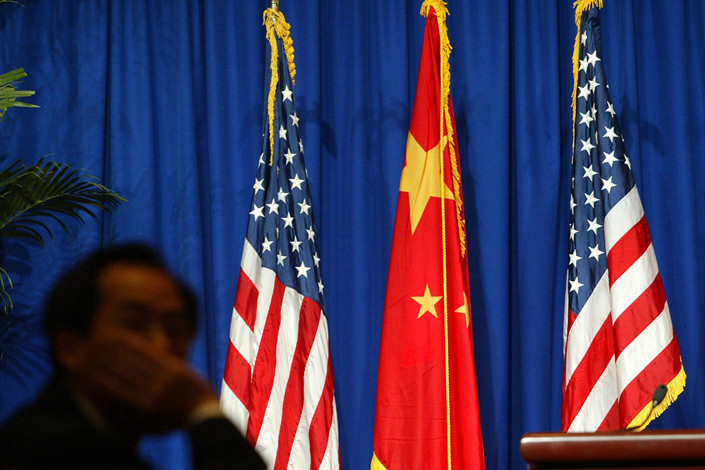 China’s best answer to the trade war is to press ahead with a new round of reform and opening-up. Photo: VCG

As tensions build between China and the U.S. over trade conflicts, three main views have emerged about how China should react to demands over tariffs, investment and intellectual property.

A pessimistic view is that China won’t be able to reconcile with the U.S. unless it capitulates.

However, if the history serves as any guide, the years of trade disputes between the U.S. and Japan could offer a good lesson for China. The disputes covered a wide range of sectors including textiles, steel, home appliances, automobiles, telecommunications and semiconductors. They only ended when the U.S. ensured Japan had no ability to challenge its economic hegemony. Japan’s strategy was to retreat, and even compromised its principles to satisfy U.S. demands. However, it couldn’t stop the U.S. from pushing until Japan failed to respond properly, resulting in the bursting of its domestic asset bubble and the “Lost Decade.”

Judging from the long-term patterns by which the world’s great powers rise and fall, it is inevitable that a rapidly developing China would face a trade war. The China-U.S. trade war is nothing more than an upgrade of the U.S. strategy to contain China’s rise over the past decade.

The second view suggests that China should stand firm. Under this view, how China should respond is framed by nationalism, patriotism and even populism, and it is thought that a strong and powerful China can afford to confront the U.S. on fronts including the economy, finance, resources, public opinion and geopolitics. This view lacks rationality.

The Sino-U.S. trade war provides us with a good opportunity for rational self-reflection on our shortcomings in reform and opening-up.

The trade friction reflects that China still has a lot of work to do in reform and opening-up. We have to admit that there is a lot unfinished in areas such as lowering tariffs, reducing investment restrictions and cutting red tape, breaking up the monopolies of state-owned enterprises and improving the market-based economy.

Neither retreating nor playing tough are the right response. Instead, China should try the strategy of “ignoring” — focusing on the improvement of its own affairs, strengthening opening-up, improving the market-based economy, building a civil society based on freedom and equality, so the country’s values and ideology will be recognized by the world.

The causes for the China-U.S. trade war are rooted in enormous U.S. trade deficits with China and the ideological differences between the two countries. On the other hand, the existing power is apparently trying to contain a potential challenger.

The trade war is actually about national strength, and therefore competition over economic development and optimization. Rather than engage in a war of words with the U.S., China needs to maintain a low-profile and press ahead with reform.

In the short run, intransigence and compromise, escalation and de-escalation will characterize trade talks as both look for bargaining chips. The 90-day deadline might allow the two sides to reach some agreements on China’s structural reforms, but it will be difficult for China to budge on its core interests — the development of the high-tech industry and upgrading its industrial sector. It’s worth noting that China needs to prepare for the possibility that the U.S. will unilaterally end the trade war truce.

In the medium term, there are three important variables determining the direction of China-U.S. economic and trade relations: one is the 2020 U.S. presidential election; the other is the speed at which the U.S. economy slows after peaking; the third is how rapidly China can push ahead with reform and opening-up.

The 2020 presidential election will be launched in the second half of 2019, and tough trade policy with China will likely again be a vote-winning strategy. Trump needs to cope with pressure from the Democratic Party in the short-term. As his domestic policies are being blocked, he may turn to focus on foreign affairs, therefore tough trade policy toward China might continue.

In the long-run, the China-U.S. trade war could drag on and result in severe consequences, as it is a U.S. containment plan under the pretext of trade protectionism. What is unfolding before us is not only a trade war, but also a comprehensive economic, political, cultural, scientific, technological and ideological contest.

China should cooperate with ASEAN, South America, Africa and the Belt and Road Initiative countries; actively carry out bilateral cooperation and free trade-zone negotiations with the EU, Japan and South Korea; and utilize international coordination mechanisms such as the World Trade Organization to avoid the escalation of the trade war.

Beijing must clearly realize China still has a huge gap with Washington in areas such as technological innovation, high-end manufacturing, financial services, university education and military power. Most of China’s new economic prosperity is based on technological applications, but basic research and development is obviously falling short. We must continue to be modest in learning and unswervingly promote a new round of reform and opening-up. In this sense, this Sino-U.S. trade war may not be a bad thing, as it can turn crisis into opportunity and transform pressure into motivation.

The financial deleveraging campaign and trade war have revitalized calls for resorting to stimulus. This is very short-sighted and misleading. If the trade war leads us to return to the old path of monetary stimulus, Japan’s 1990 failure will be repeated. The best response is to promote a new round of reform and opening-up. We should promote supply-side structural reform, liberalize domestic industries, allow the market to play a decisive role in allocating resources, reduce tariff barriers, strengthen intellectual property protection, reform state-owned enterprises, reform housing by establishing a long-term housing mechanism, reduce tax burdens, improve the business environment and give more support to research and development.

Confidence is more precious than gold and we should enact five major reforms to boost confidence and start a new era of high-quality development.

First, establish an evaluation system for high-quality development, encourage local pilot programs, and mobilize enthusiasm for a new round of reform and opening-up.

Second, we must deepen reform of state-owned enterprises. We should avoid falling into ideological debates. We must measure the outcomes by pragmatic standards.

Third, open up the services sector. China has shifted its economic drive onto the service sector. China’s manufacturing sector has already been opened to foreign and private enterprises, with the exception of a fraction of industries such as automobile. However, state-owned enterprises still maintain a dominant monopoly in the service sector, resulting in inefficiency and high costs. In the future, the service industry should be exposed to more market-based competition.

Fifth, establish a new inhabitation-oriented housing system per the directive that “houses for living in, not speculating on.” The key is to supply land for urban development while factoring in the increase of permanent residents and maintaining stable financing for the real estate sector in the long-run. The government, developers, long-term leasing companies and other players should help boost inventories; the real estate tax should be reformed; and speculation should be curbed.

Ren Zeping is a chief economist with Evergrande Group.