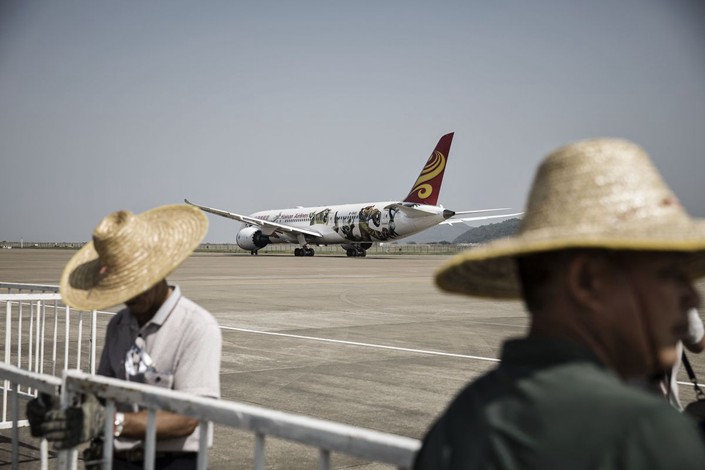 The Chinese group, which grew out of an airline on tropical Hainan island, is seeking to trim one of China’s biggest debt piles. Photo: Bloomberg

The Chinese group, which grew out of an airline on tropical Hainan island, is working with an adviser on the potential disposal, the people said. HNA’s 80% stake in SR Technics could be valued at $700 million to $1 billion, said the people, who asked not to be identified because the matter is private.

Though HNA began its selling spree with sales of property and other peripheral businesses, the Chinese conglomerate has started unloading assets close to its core aviation operations. As it seeks to trim one of China’s biggest debt piles, HNA is aiming to sell airport-cargo handler Swissport International as well as container-leasing business Seaco, Bloomberg News has reported.

SR Technics business could be hurt as the airlines it services face increasing pressure, according to one of the people. Air Berlin PLC, one of SR Technics’s customers, filed for insolvency last year amid fierce competition and volatile oil prices.

No final decision has been made, and HNA could still decide to pursue other options for SR Technics or retain its ownership of the company, the people said. Representatives for HNA and SR Technics declined to comment.

Based in Zurich airport, SR Technics has more than 3,000 employees globally and provides maintenance, repair and overhaul services for airframes, engines and components, its website shows.

HNA bought its controlling stake in the company from Mubadala Development Co. in 2016 for an undisclosed sum, according to data compiled by Bloomberg. The Abu Dhabi government-backed investment fund retains the remaining stake.