Opinion: Why China Will Take the Lead in High-Tech Manufacturing 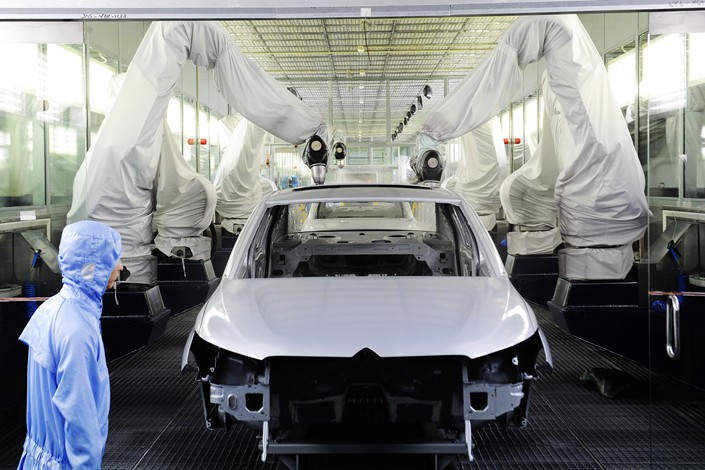 When China made a historic spacecraft landing on the far side of the moon in January, it demonstrated the country’s ambition to become a scientific powerhouse. Although it was a typical showcase of the Communist Party’s way of “pulling resources together to work on major tasks” — sending a rover to the moon is no small undertaking, economically and scientifically. As an investor in China’s technology industries, I have seen continuous technological innovation across various sectors, spearheaded by ambitious entrepreneurs in private sectors, aiming for world leadership. Instead of reiterating the stories of the likes of Huawei and Haier, I will share the stories of three of my portfolio companies, which exemplify the advantages China’s manufacturing sector possess going forward.

Inspired by Swedish cutting tools giant Sandvik, Xiao Xukai, from Zhuzhou, Hunan province, left the state-owned cemented carbides-cutting tools company where he was a top sales manager, to start Zhuzhou Huarui Cutting Tools Co. Ltd. in 2007. The cutting tools market has long been dominated by foreign companies. Xiao’s dream had a bumpy start — he underestimated not only the investment and technological know-how needed, but also customers’ unwillingness to switch brands. Now, with $20 million in revenue in 2017, and an estimated growth of more than 50% for 2018, it is becoming a serious player in the market.

Li Zhigang, from Wuhan, Hubei province, a scientist-turned-entrepreneur, founded Wuhan DR Laser Technology Co. Ltd. in 2008. DR Laser provides laser processing equipment for the photovoltaic industry and is a supplier of “Passivated Emitter Rear Contact” (PERC) equipment, which can boost the efficiency of photovoltaic panels. DR Laser is credited with introducing this solution to the photovoltaic industry, helping customers shorten their return on investment to less than 18 months. With more than $15 million worth of PERC equipment shipped in 2017, DR Laser is the undisputed leader in the market.

As the first outside investor of these three companies, eight years have passed since we first invested in them. Eight years is considered a long time by Chinese standards, and there was no lack of stressful moments. Entrepreneurial spirit, diligence, grit and the daring needed to invest at a difficult time all contributed to the success of these companies. However, I don’t think their successes are solely due to their founders’ abilities and luck. As private companies located in economically underdeveloped areas, they did not receive lavish government subsidies either. I tend to believe their success has been mainly driven by two significant factors: being close to customers in a big market and access to millions of hardworking engineers.

First, being close to customers in a big market is a huge blessing for many local suppliers. Being close speeds up decision-making and big purchase volumes drive down costs. In Pingyuan’s case, China is the world’s top passenger cars market with 24 million produced in 2017, of which close to 50% were made by Chinese brands. For Huarui, the downstream general machinery processing market has a buying power of $500 billion in 2017. For DR Laser, downstream photovoltaic cell manufacturers produced around 70 gigawatts of photovoltaic modules in 2017, the majority of which was installed in China, making the nation the biggest market. Being close allows Chinese suppliers to learn constantly from their customers, who are self-motivated to share know-how with their suppliers to further drive down costs and improve product quality simultaneously.

Judging from market trends, it is not difficult to predict that the market share of Chinese suppliers will likely catch up to that of downstream Chinese customers, through more competitively priced products and services.

Second, through heavy investment in education, China is transforming itself from the “world’s factory powered by blue collar workers” to the “world’s automated factory powered by engineers.” Between 2007 and 2016, 60 million college and 4.5 million graduate school students graduated from China’s universities. In 2017 alone, there were 8 million college graduates. The World Economic Forum calculates that China had at least 4.7 million recent STEM grads as of 2016; India had 2.6 million as of 2017; the U.S. came in third at 568,000.

Data published by the American Institute of Physics shows that around 1.7 million STEM bachelor’s degrees were awarded in China in 2014, compared with 800,000 in the U.S.

Although Chinese engineers still need to work on ingenuity, they are world class in terms of diligence, reverse engineering, and continuous improvement. In addition, with an overall engineering labor cost advantage of at least 50% over their developed-nation peers, Chinese technology enterprises are motivated to invest in R&D to move up the food chain. Maybe it is an extreme case for a manufacturing company, but close to 85% of DR Laser’s employees are college-educated. With a $3 million R&D annual budget, small by Western standards, DR Laser has been able to field a squad of 150 engineers. When you know what challenge you are facing, the easiest solution is to throw a large number of hardworking engineers at it. That is how technical improvement takes place in China.

In the 1970s, 50 U.S. stocks were given the nickname “Nifty Fifty” for their solid performance or bright future. Although some failed to live up to hopes, many went on to become dominating players globally including in China. These brands include household names such as P&G, Coca Cola, Pepsi Cola, Colgate, Hershey’s and Doublemint. These brands figured out how to transcend cultural barriers to win the trust of billions of customers all over the world.

Lacking the magic power to create global brands, Chinese companies figured out how to produce things at a competitive cost instead. If in the past 30 years, tens of millions of migrant workers helped make China the “world’s factory,” now millions of Chinese engineers are transforming China into the “world’s automated factory.” In this transformation, many mid-sized technology companies will rise to be global leaders in their respective niche sectors. It happened to German, American and Japanese companies in the past, and I believe, inevitably, it will happen to Chinese companies as well, thanks to the hard work of millions Chinese engineers.