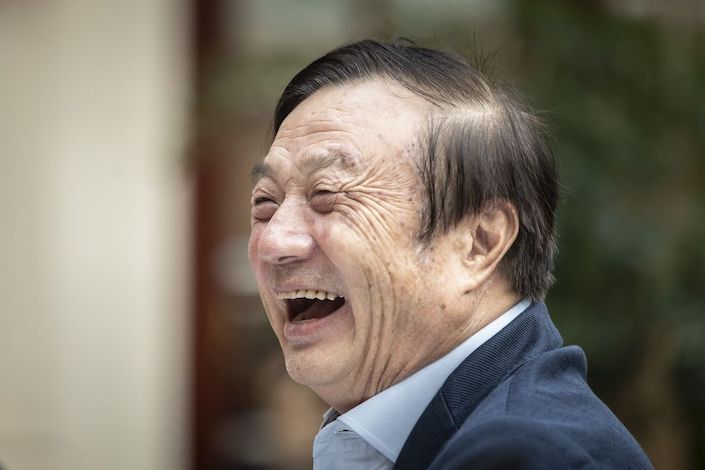 Huawei Technologies Co.’s founder Ren Zhengfei said "there’s no way the U.S. can crush us," according to an interview he gave to BBC.

"The world cannot leave us because we are more advanced. Even if they persuade more countries not to use us temporarily, we can always scale things down a bit," he said.

The Trump Administration has been pushing other countries to avoid using Huawei’s communications equipment in critical infrastructure, arguing that such gear could be used to share intelligence with the Chinese government. Ren has denied accusations Huawei helps spy for Beijing, saying he would never hurt his customers.

Ren also made his most forceful comments yet about the arrest of his daughter and Huawei’s chief financial officer Meng Wanzhou. Meng was arrested in Vancouver in December on a U.S. extradition request alleging fraud. Huawei has denied any wrongdoing.

“I object to what the U.S. has done,” he said. “This kind of politically motivated act is not acceptable. The U.S. likes to sanction others, whenever there’s an issue, they’ll use such combative methods. We object to this. But now that we’ve gone down this path, we’ll let the courts settle it."

Ren’s comments come as the United Kingdom appears ready to resist the Trump Administration and allow Huawei equipment to be used by its telecom operators. The U.K. National Cyber Security Centre has determined there are ways to limit the risks of using the company’s gear in fifth-generation wireless networks, the Financial Times reported this week.

Ren said Huawei may reallocate investments it had planned for the U.S. to the U.K.

"We still trust in the U.K., and we hope that the U.K. will trust us even more,” he told the BBC. "We will invest even more in the U.K. because if the U.S. doesn’t trust us, then we will shift our investment from the U.S. to the U.K. on an even bigger scale."

Still, Huawei faces at least partial bans in Japan, Australia, New Zealand and the U.S. because of the security concerns -- just as countries around the world are preparing to spend billions on 5G wireless networks. Ren said that U.S. attempts to blacklist his company won’t stop its growth.

"If the lights go out in the West, the East will still shine. And if the North goes dark, there is still the South. America doesn’t represent the world. America only represents a portion of the world," Ren said.