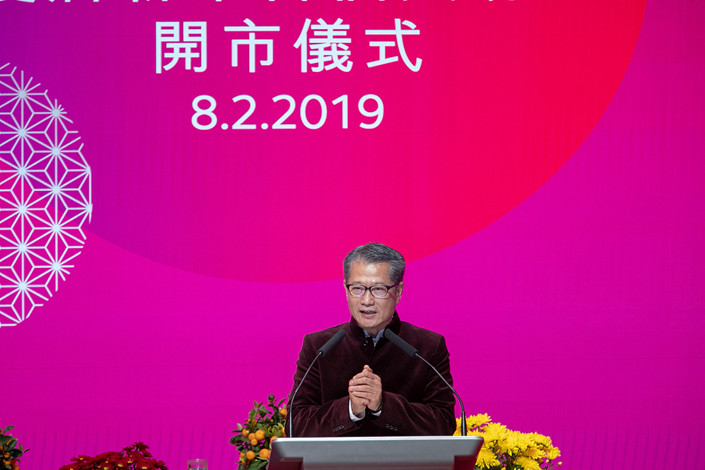 As of Dec. 31, after the first nine months of the current fiscal year, the Hong Kong government’s accumulative budget surplus amounted to $59 billion. Together with income from taxes on salaries, profits and investment as well as stamp duty levies, the accumulative surplus of the first 10 months will naturally increase.

However, much like corporate enterprises, government spending and revenue have seasonal variations. The period from November to the following January is peak season for tax collection, especially on salaries and corporate profits. On the other hand, much of departmental and capital spending gets settled just before the end of fiscal year. Together with other recurring expenditures such as monthly salaries, government spending in February to March in general exceeds the revenue collected.

This explains why the government usually records a higher surplus in the first nine to 10 months of a fiscal year. Such a surplus cannot be interpreted as a full-year indicator.

According to the preliminary economic data of the fourth quarter of 2018, the economy is on a clear downward trend. First of all, the trade conflict between China and the U.S. hurt Hong Kong’s exports at the end of 2018. After eliminating price changes, goods exports experienced zero growth in the fourth quarter, which amounts to a drastic decline considering that the exports grew 6% on average over the first three quarters of the year. At the same time, consumer sentiment has also been affected. Retail sales volume in the fourth quarter only showed a slight increase of 2.1% year-on-year, far behind the 12%-plus increase recorded in the first half of the year.

Based on the data currently available, year-on-year economic growth in the fourth quarter is expected to come in below 1.5%, significantly lower than the 3.7% increase over the first three quarters. It was also the smallest increase since the first quarter of 2016. Overall economic growth in 2018 is estimated to be around 3%, which is at the lower limit of the 3% to 4% range predicted in the previous budget.

According to the Report on Quarterly Business Tendency Survey issued by the Census and Statistics Department, the number of large-scale enterprises that expect business to get worse this quarter exceeds by 12% the number that expect it to improve. The situation is not promising. The political and economic uncertainties and the downward pressure on the global economy are acute. Therefore, we are putting a lot of emphasis on supporting enterprises, preserving employment, stabilizing the economy, and alleviating the burden on our citizens.

In the upcoming budget, I will announce the economic growth in the fourth quarter and economic outlook for this year. As of now, there is a possibility that this year’s economic growth may be lower than the trend growth rate.