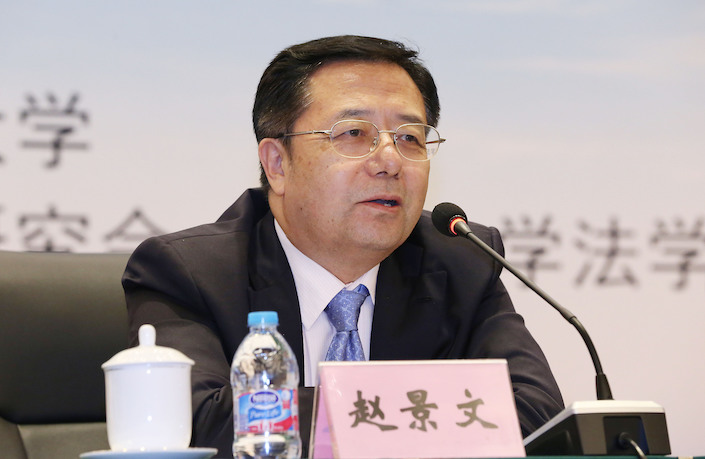 Zhao Jingwen, a former executive director and party committee member of state-owned CITIC Group, is currently being investigated by the Central Commission for Discipline Inspection, the corruption watchdog announced Wednesday.

Zhao is suspected of “serious violations of the law,” a term frequently used to refer to corruption.

Insiders told Caixin that they are unsure of what violation of party discipline Zhao may have committed, as “his job responsibilities at CITIC Group are not very sensitive.” They also described him as “low-key,” “kind to subordinates,” and “not a real power figure inside CITIC Group.”

Born in 1954, Zhao worked at CITIC group for 33 years before retiring in 2014. He joined the military at the age of 18, helped built railways, and even worked as a correspondent for a military newspaper. He transferred from the military to CITIC in 1983, where he started working at the group’s supervisory office and later helped set up the company’s legal department.