Why Is Flu Mortality Low in China? 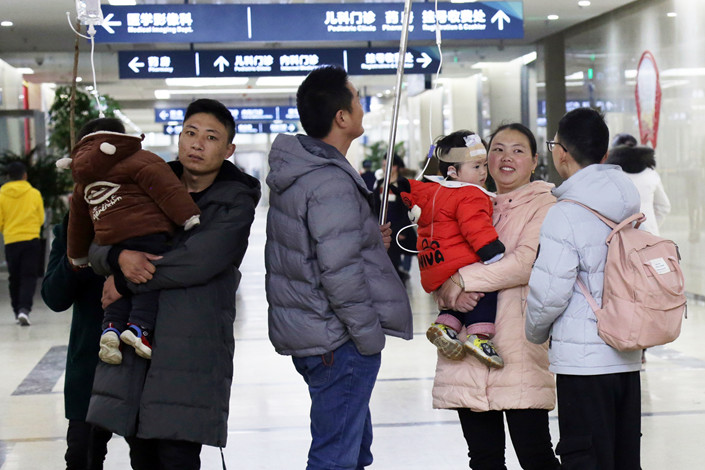 China’s National Health Commission (NHC) says 143 people died of influenza in the country in January, nearly as many as the number who died all of last year.

But, despite last month’s spike in mortality, China’s flu death figures are bafflingly low compared to other countries.

Even though China has the world’s largest population and saw 600,000 reported flu cases last month, the number of flu deaths recorded in the country is a minuscule fraction of the estimated 11,600 to 19,100 flu deaths that struck the U.S. between Oct. 1 and Feb. 9.

Data from previous years follows the same pattern. In 2016 and 2017, China reported only 56 and 41 deaths respectively, according to NHC data.

Meanwhile, the U.S. — which counts deaths by flu season, rather than year — saw an estimated 51,000 deaths in the 2016-2017 flu season, according to the country’s Centers for Disease Control and Prevention (CDC).

Even Hong Kong, a region of China administered under its own laws, tends to report far higher influenza mortality rates than the mainland. During the flu season of May to August 2017, 327 flu deaths were reported in the city of 7 million, compared to 3 deaths in the neighboring mainland province of Guangdong, which has a population of over 110 million.

One possible reason for China’s unusually low flu death numbers is that health officials in the country depend on reports of deaths for their data, rather than the statistical modeling used by authorities elsewhere in the world.

The number of deaths provided by Chinese authorities this week is “likely to be reported deaths in patients with influenza, which will massively underestimate influenza deaths, because most patients in hospitals in China are not tested for influenza,” Ben Cowling, a professor at the Hong Kong University School of Public Health, told Caixin. Additionally, not all cases may be reported to the authorities.

“I would predict that more than 100,000 people in China have died from influenza or the complications following influenza virus infection this winter,” Cowling said, citing previous studies on flu mortality.

Additionally, doctors in China tend to attribute flu-related deaths to the underlying conditions or complications that make patients more vulnerable to the influenza virus, rather than the flu itself.

Li Dongzeng, deputy director of the infectious disease center at Beijing You’an Hospital, told Caixin after the 2017 flu season that he believed it was inaccurate to attribute the deaths of patients to the flu if there were other factors at play, like pneumonia or heart disease, which occur commonly in high-risk groups.

Medical professionals have argued that not attributing deaths to influenza isn’t just a question of statistics and may have a harmful real-world impact.

“The general perception that seasonal influenza does not cause substantial mortality in China may contribute to the underutilization of influenza vaccines in the country,” according to a 2012 World Health Organization (WHO) bulletin authored by a team of Chinese and U.S. researchers.

The World Health Organization considers flu vaccines the most effective protection against severe bouts of the flu, and recommends annual vaccination by people at risk, including older and pregnant people, as well as young children.

“There is a widespread misunderstanding among the Chinese public that Chinese people are immune to the flu and usually don’t die from the flu, while Europeans and Americans are more susceptible,” Yan Jiaxin, a prominent Chinese epidemiologist, wrote in 2009.

“Figures released by the (Chinese) government also appear to support this way of thinking,” Yan said, calling for the country to bring its death reporting methods in line with international practice.