Editorial: How Should We View the Wave of Internet Industry Layoffs? 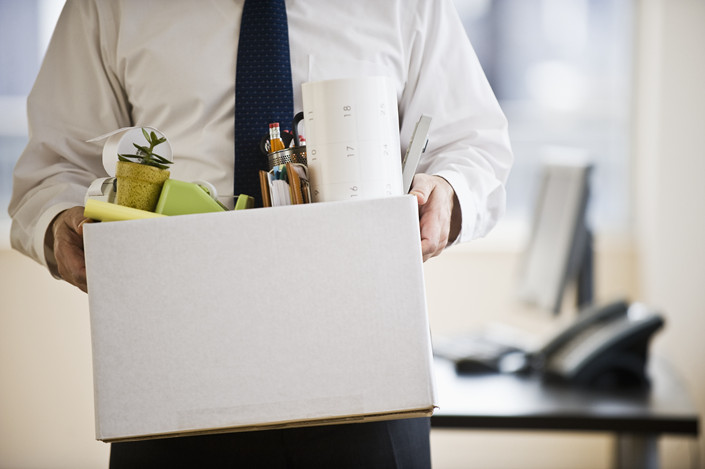 Leading companies of the new economy are beginning to “lose weight.” Recently, internet giants like Didi Chuxing and JD.com Inc. have undertaken large layoffs, arousing outside concern. Since the second half of 2018, such news has been seen often in the media. The companies have framed firing workers as “structural adjustments,” “business optimization,” or “eliminating underperformers,” but the numbers show internet industry employment is not the same as it once was.

The internet companies emblematic of the new economy are a near-fully market-oriented area of China’s economy. The sector has been widely regarded as a key area to transform growth momentum and to absorb a high-quality labor force, and expectations are high. The layoff trend, however, shows that China’s economic restructuring has encountered difficulties. The rapid development of the internet economy has not been able to spread high-quality economic development to other areas. However, the industry still has infinite potential. China must promote market-oriented reform more quickly and vigorously and create a free, relaxed atmosphere for the new wave of internet innovation, rather than introducing “selective industrial policies.”

On the whole, employment in China has remained stable, but it is this context that makes layoffs in the internet industry more thought-provoking. Though it is difficult to determine how many different factors are in play, it is clear that there is not only macroeconomic pressure but also industry shortcomings and bottlenecks. Policy adjustments, too, cannot be ignored.

Once, attracted by policy dividends and opportunities, the internet was the hottest field for entrepreneurship. Funding and personnel flocked to it. Many companies engaged in intense recruitment and blindly expanded, making overcapacity inevitable. As downward pressure on China’s economic growth has increased, financial deleveraging, and reform of social security and management are bound to have an impact on the internet industry.

More importantly, despite rapid development, business models in the internet industry have not made any significant breakthroughs. Over the past decade, Chinese internet companies have grown by replicating overseas innovations and tapping domestic demographic dividends. At present, the industry has ushered in a “perfect storm” of peak traffic, high consumer costs and shrinking advertising revenue. When the industry suddenly went cold, many enterprises have been unable to adapt and have responded with pay cuts and layoffs. This shows once again that while the industry brings new opportunities, it can also be ruthless. The large-scale layoffs, difficulties faced by asset-side operators and the lower confidence of capital-side investors are interrelated. The dividends of the mobile internet are declining, while the new industrial wave of the internet has not been launched. The wave of “barbaric growth” has inevitably come to an end.

This is not the first time that China’s internet industry has encountered headwinds. The collapse of the Nasdaq bubble in 2000 and the 2008 financial crisis also forced internet enterprises to lay off workers. However, those layoffs do not compare to the ones today. For this round, people in the industry seem to be more rational, accepting that this was bound to happen. Nevertheless, it reflects the challenges of domestic economic development. Unlike in the past, the whole industry is feeling a chill. Although the scale of employment in the industry not as large as other industries around the country, its contraction and expansion can be regarded as leading indicators of employment trends due to its benchmarking significance. The government should not take these layoffs lightly.

Employment is the foundation of people’s livelihood. The Chinese government has always attached great importance to the issue of employment and in recent years has continuously introduced measures to stabilize employment. On Dec. 5, the State Council, China’s cabinet, issued a proposal to “strengthen support for job stabilization” and “to return 50% of the actual unemployment insurance premium paid in previous years to insured enterprises that do not lay off or reduce the number of employees.” Such employment promotion policies will undoubtedly help to relieve the burden on internet companies, especially small and midsize enterprises. However, many industry insiders believe that internet companies do not need special preferential policies, let alone selective industrial policies. As long as market access is liberalized, property rights are strictly protected, market order is standardized, social security is well-managed and the business environment is improved, industry development and competition can be handed over to the market. This is not only the voice of the new economy, but the desire of the “old economy.”

For the internet industry itself, under the industrial internet’s new wave, the application-oriented technological innovations and huge market scale will still be able to support many enterprises. However, in order to become industry leaders, enterprises need to have the ability to innovate. In addition, with the development of China’s market economy and changes in the international environment, compliance is becoming more and more important. Internet enterprises should become promoters of public order and customs. They should pay taxes, regulate social security, and especially respect intellectual property rights. Some “we-media” or “self-media” accounts specialize in plagiarism, but they will never have a future. Those employed in the internet industry are generally young, enthusiastic and have high expectations. In the face of downsizing, their anxiety is unavoidable. Going through an industry cycle, however, will enable them to realize the limitations of bubbles, see the shortcomings of their ability and prepare for a long career ahead.