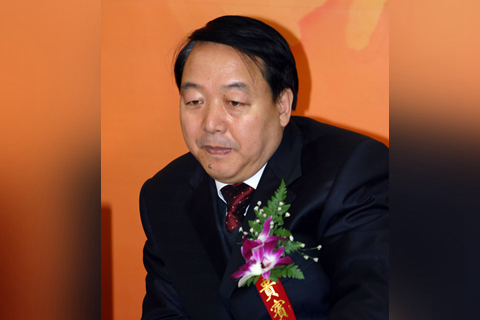 China’s anti-corruption campaign has netted another big fish, or in this case a steel magnate. This time it’s Zhao Mingyuan, former president and party chief of Dongbei Special Steel Group Co., which has been regular headline fodder over the past year as it reorganizes in a bid to emerge from bankruptcy.

Zhao is suspected of “serious violations of the law and discipline,” a term frequently used to refer to corruption, according to a statement released late Tuesday by the commission for discipline inspection of Liaoning province.

A source involved in the bankruptcy told Caixin that Zhao was involved in the company’s debt problems, but wasn’t aware of specific disciplinary violations he may have committed.

Now 66, Zhao started working at Dalian Steel Mill, the predecessor of Dongbei Special Steel, in 1969. He later took the helm of the restructured company for 19 years before retiring in 2015 due to his age. His successor Yang Hua committed suicide less than a year after taking over the company, which was followed by massive defaults of its bonds.

Later scrutiny exposed accounting fraud at the company and its listed subsidiary, forcing both into bankruptcy.