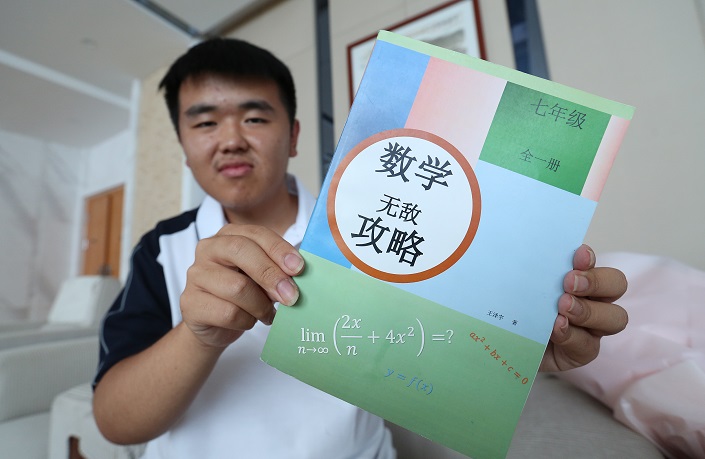 Chinese high school students generally outperform their western peers at math — at least, that’s what many in the country believe.

That assumption was shattered Monday, when China placed a mediocre sixth at the 2019 Romanian Master of Mathematics (RMM), a major math competition for pre-university students. The U.S. won the championship for best team, while the highest individual prize went to an Israeli candidate.

Math competitions like the RMM are serious business in China, where participation can give students a leg up in university admissions.

Since the ministry requested that universities limit preferential admissions for math competition participants, interest in the subject has fallen, one Weibo user said, in a comment that received 2,200 likes.“Chinese parents still take a utilitarian approach toward education.”

Others said the government should avoid a one-size-fits-all approach and encourage participation from truly talented students.

Chinese students’ foundations in math are “not as solid as before,” Zhai Zhenghua, the Chinese RMM team’s coach, said in an interview with Chinese online media outlet Pear Video. “Overall, our level has declined while other countries have improved.” Zhai pointed to China’s performance at the International Mathematical Olympiad (IMO) in the past five years, during which China was frequently in the top three but never took the first place.

Still, in China, the RMM is seen as more of a practice run for the IMO in July, Zhai said. This means that although the students China sends to the RMM are all outstanding, they aren’t the country’s best, Zhai said.