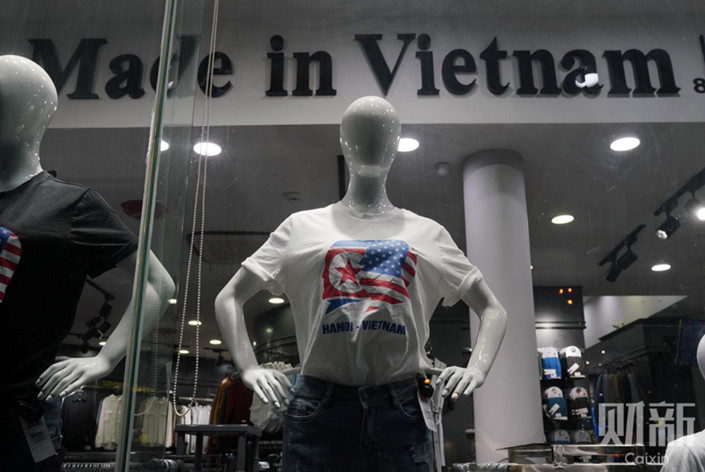 (Hanoi) — As the second summit between U.S. President Donald Trump and North Korean leader Kim Jong Un got underway in Hanoi, Vietnam, I couldn’t help but notice Hanoi has an energy that was absent from the first summit in Singapore in June.

“People in Hanoi are very excited by any large-scale events that happen here. They are simply curious,” said Pham Thu Phuong, a reporter at the Hanoi Times and a native of the city.

But other than laying eyes on the mysterious and foreign media-shy Kim Jong Un, Pham told me that she and other journalists had a special responsibility to ensure that journalists coming from all over the world had a good impression of Hanoi.

Over the last two months, media, branches of government, and the tourist industry all over the country have been eagerly preparing for the summit, she said. Even before Trump formally announced that the summit would be held in Hanoi, rumors that it would be held in Vietnam had already made headlines in local papers.

And Hanoi’s restaurants, bars, barbers, and shops are taking full advantage. Truong Thanh Duc, 56, who owns a shop called Lotus Paper, started printing T-shirts emblazoned with the leaders’ smiling faces at the beginning of February. In the days leading up to the summit, he worked until the early hours of the morning — finishing as late as 4 a.m.

“Before, I really didn’t like Kim Jong Un, but now I’ve given it second thought,” he said. He chose to make apparel featuring Trump and Kim out of hope that “maybe, when the two men meet, they can bring the world some peace.”

Barbershops, too, have been taking advantage of the summit for commercial purposes. Standing outside Tuan Duong Hair Salon, I finished a phone call confirming a meeting time for an interview. Inferring that I was a journalist, the owner of the barbershop — which was offering free services to style your hair as Trump or Kim — said that many foreign journalists had come to his shop for interviews about the summit.

Near the luxury Melia Hanoi, where Kim is staying, one cafe offered me a free tea or coffee when they noticed my summit media card. When I asked why, the waiter shrugged and said, “my boss is very interested in the big summit.”

But for the government, hosting the summit has been far from easy, especially when it involves Kim Jong Un, a leader who rarely makes appearances on the international stage.

In the early hours of Wednesday, the first day of the two-day summit, police lined the streets near the historic Sofitel Legend Metropole Hanoi hotel where the meetings would take place. In the evening, as the final preparations for the leaders’ dinner were underway, a Vietnamese foreign ministry official rushing to the scene was blocked by military and police. The official was finally released after long negotiations but told me that “we only had one month to prepare for the summit, so we’re very nervous,” before rushing off.

As Pham and I waited outside Kim’s hotel on Tuesday, she told me that despite being a former government official, it was hard to get accurate information about his plans from government sources. Waiting bore no fruit — we didn’t see the North Korean leader that morning.

“The Vietnamese government must be keeping it secret,” she said helplessly.