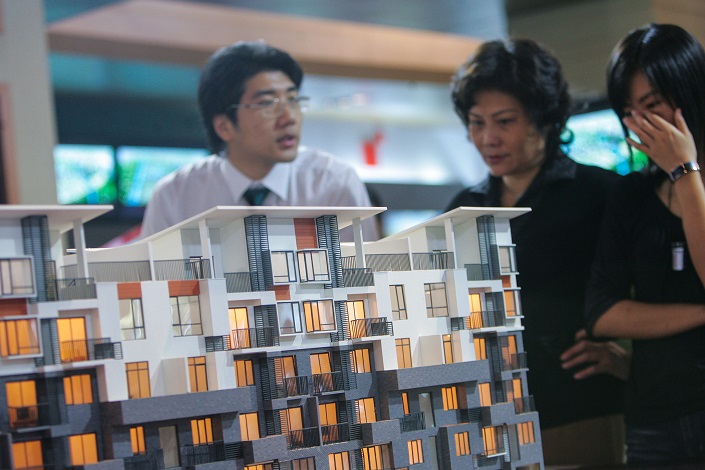 More signs are emerging that the party might be over for China’s property market, with one of the country’s two major housing agencies reporting a sharp drop in its profits last year.

While Shenzhen Worldunion Properties Consultancy Inc. saw revenues of 7.55 billion yuan ($1.12 billion) in 2018, the actual profit attributable to shareholders was a relatively measly 447 million yuan, down 55.45% from 2017.

Much of the decline came from weaker sales in the company’s agency business, which saw its revenue fall by 17.15% year-on-year in just the first quarter of 2018.

For several years, economists have warned of a bubble as speculators looked to make easy returns by betting on seemingly ever-rising home prices. Local and national governments began in 2016 to roll out policies intended to restrict sales.

Shenzhen Worldunion’s results are another sign that these policies are dousing market enthusiasm, particularly in first-tier cities. Shenzhen’s government says that last year first-time housing purchases were down 27% on 2016 levels. In Shanghai they were down 35%, and Beijing down 57% for the same period.

Housing sales were still strong on the national level, with the total area of housing sold and total value both up 1.3% and 12.2% respectively, according to the National Bureau of Statistics. This was mostly driven by growth in smaller third and fourth-tier cities, where restrictions have been lighter, said Xiao Wenxiao, an analyst with CRIC Research.

Yet even here, the outlook is not good for 2019, predicted Huang Wei, the general manager of Centaline. China’s slowing economy has led to a sharp drop in confidence both among developers and buyers. Even developers in third- and fourth-tier cities are losing their optimism, he said.