Editorial: China Needs All Hands on Deck for Monetary Reform 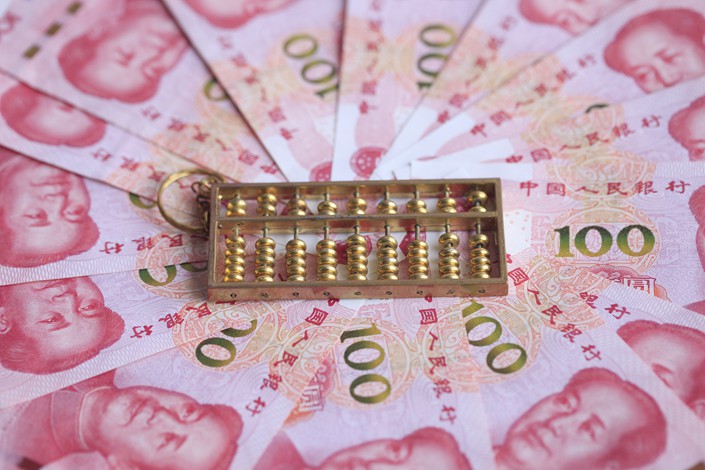 The strength of monetary policy is once more sparking debate. The scale of new social financing and new yuan loans set monthly records in January. This has been seen by some market participants as part of “letting the water out.” The central bank’s recently published 2018 fourth-quarter monetary policy implementation report changed the main tone of monetary policy from “stable and neutral” to “stable,” which was also seen by some as a sign of “massive stimulus.” At the same time, there are notable academics who have criticized China’s monetary policy for being overly strict at major forums. What’s less controversial is the view that monetary policy has already begun “marginal easing.” Increasing the intensity of releasing liquidity will no doubt bring relief to private enterprises and promote economic stability. However, “marginal results” are accrued over a long period of time, so the negative effects of this should not be ignored.

What’s most worrying is how there has been no fundamental change in the problem of how private enterprises — specifically smaller and midsized enterprises — find it expensive and difficult to obtain financing. The problem isn’t a matter of aggregate money circulation — it’s a structural issue, and the main problem is that monetary policy isn’t being transmitted smoothly. The latest monetary policy implementation report called for China to find a good balance between volume and structure, create new monetary policy tools, and develop policy cooperation across multiple areas. This is an important and reasonable position. At the moment, under the leadership of the State Council’s Financial Stability and Development Committee, the central bank and other financial regulatory departments should strengthen coordination, while monetary, fiscal, investment and other departments must coordinate closely. Additionally, supply-side structural reforms must continue moving forward and not stray off course.

China’s decision-making level attaches great importance to the challenges of difficult and expensive financing for private enterprises. This is an old problem that has long been concealed by rising liquidity, but which has become increasingly serious in recent years. The central bank has adopted measures such as targeted reserve requirement ratio cuts, expanding the scope of accepted collateral for monetary policy instruments, and guiding financial institutions to invest more resources in private enterprises, especially smaller ones.

Monetary policy is a form of short-term economic aggregate policy, and cannot effectively adjust the structure of the Chinese economy. Under the circumstances of relatively serious financial repression and poorly transmitted monetary policy, the central bank is adopting structural monetary policy in an effort to achieve “precision irrigation” as a last resort. In doing this, the central bank is shouldering its own a burden that should be shared across multiple agencies and regulatory bodies. The effectiveness of this approach is debatable. The central bank believes that financial services for private and smaller enterprises have seen improvements in the form of increased volume, lower prices, expanded scope and that the general loan interest rate has reached its inflection point. But some scholars, focusing on the high real cost of capital for businesses and the huge interest expenditure of the entirety of Chinese society, think these improvements are limited. Additionally, applying “special policies for special times” will inevitably cause new distortions in the long term.

China should not adopt monetary policy that is too tight considering downward pressure on economic growth. The U.S. Federal Reserve’s adjustment of its pace of interest rate hikes has also weakened external constraints. China’s central bank has the policy tools it needs. However, China’s broad money supply (M2) has reached 220% of its gross domestic product (GDP), the third highest such ratio in the world after Lebanon and Japan. The total debt of China’s nonfinancial enterprises is equivalent to 170% of GDP, which is also among the highest in the world. More importantly, the effect of monetary injections on economic growth is becoming weaker and weaker. Therefore, calls to “release liquidity” are unconstructive.

The central bank should further improve the transparency of monetary policy, strengthen its communication with the market, clarify its own policy position in a timely matter, and break the market’s one-sided expectations and “liquidity fantasy,” especially among those who have called for the release of liquidity. The central bank should also be careful not to give misleading signals to market participants looking for hints of an impending liquidity release.

The imperfect transmission of monetary policy isn’t just a problem of financial market development, it’s also an issue of economic structure. Recently, experts have pointed out that China’s existing banking-led financial system is well suited to supporting large businesses, state-owned enterprises, manufacturing and large-scale growth. However, it’s not as good for serving smaller, private enterprises, or those in the service and innovative industries. This view is worth considering. Supporting the restructuring, transformation and upgrading of high-tech, emerging and manufacturing industries will be crucial to the future of China’s economy. The country’s financial structure should be reshaped in order to better cope with these changes. Only by optimizing government involvement, reducing administrative intervention and using market mechanisms to set prices can all kinds of financial institutions provide sustainable and high-quality services for private enterprises.

Ultimately, China needs comprehensive reform through the coordination of multiple agencies and regulators. For many years, the central bank has taken the lead in promoting financial reform. However, it is ultimately hampered by measures in other areas that are out of sync with its policies. In the future, China should take the final step of interest rate marketization, and combine its dual-track interest rate system — which regulates bank deposit and lending rates while allowing the market to decide money and bond interest rates — into a single track as soon as possible. On a larger scale, China should actively develop multi-level capital markets and constantly enrich the main financial market.

The stock market has seen a rare wave of enthusiasm in recent days. The causes are complex, but the recent release of liquidity is a crucial factor. This reminds us once again what will happen if liquidity is blindly released while the structural problems of China’s economy and the transmission mechanism of monetary policy remain unchanged. Deepening supply-side structural reform in the financial system and enhancing the economic capacity of financial service providers are the latest requirements put forward by decision-makers level to improve financial services and guard against risk. This isn’t a task for a single authority to undertake — it needs cooperation across agencies and regulators.