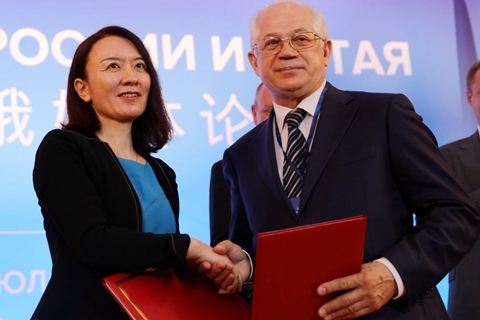 The former deputy editor-in-chief at state-run People’s Daily, Lu Xinning, has been appointed deputy director at the Liaison Office of the Central People’s Government in the Hong Kong Special Administrative Region — the communication channel between Beijing and Hong Kong, according to a Tuesday announcement.

The Office is widely seen as Beijing’s formal representation in Hong Kong.

Lu, 52, graduated from the country's prestigious Peking University with a degree in Chinese Language and Literature, then worked for People’s Daily for almost 28 years until the new appointment.

In 2009, Lu became the first woman to head the People’s Daily’s commentaries department. She was promoted to deputy editor-in-chief in 2014.

During her years at the outlet, Lu was a major contributor to commentary articles bylined “Ren Zhongping (任仲平)”, an internal writers’ group well-known for opinions on social issues and policy.

Follow all of China’s high-level personnel changes at our Movers and Shakers section.